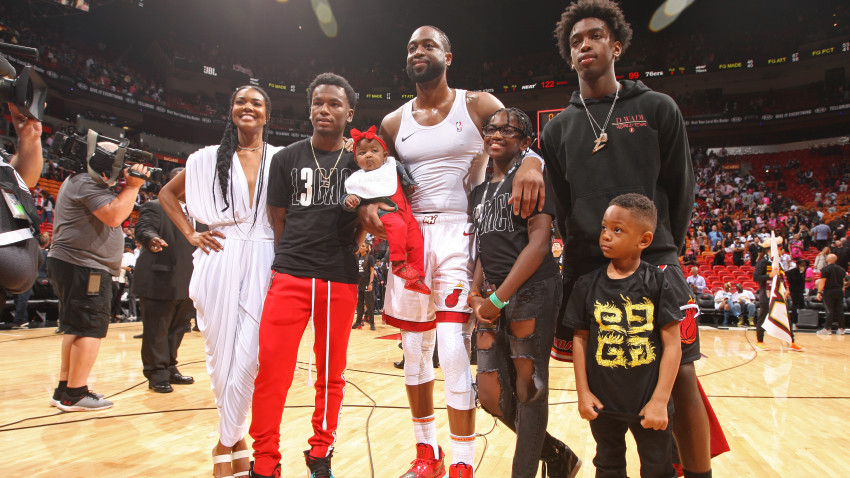 MIAMI, FL – APRIL 9: Gabrielle Union, Zaire Wade and Dwyane Wade #3 of the Miami Heat is seen after the game against the Philadelphia 76ers on April 9, 2019 at American Airlines Arena in Miami, Florida. NOTE TO USER: User expressly acknowledges and agrees that, by downloading and or using this Photograph, user is consenting to the terms and conditions of the Getty Images License Agreement. Mandatory Copyright Notice: Copyright 2019 NBAE (Photo by Issac Baldizon/NBAE via Getty Images)

The Wades have been very vocal in their welcoming of new trans daughter Zaya (12) This time her brother, Ziare (18) posts his support calling her his best friend.

Dwayne Wade went in Ellen and discussed his child’s new identity as a female named Zaya. Dwayne said that he was completely supportive of her and called her a ”leader.” Dwayne Wade’s son Zaire took to Instagram and said: ”I’ve told you that I would lay my life down to make sure you are ten toes down and happy on this earth.” He goes on in saying:

“I don’t care what they think Z, you are my best friend and I love you kid, and if it means anything, just know there’s no love lost on this side.”

He is fully supportive of his now sister and despite mentioning that he has always wanted a brother. Who knows… Maybe Dwayne and Gabrielle may give him a brother one day.