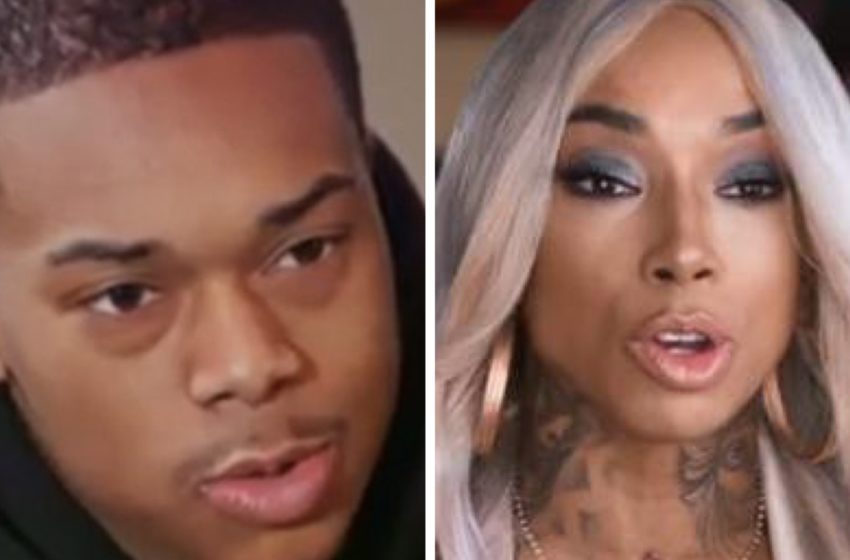 A new season of Black Ink Crew: New York is coming soon and one headline that’s rolling into the new year is the tense relationship between Sky and her son, Des.

She originally accused him of stealing from her which he repeatedly denied. Des even believes that Sky influenced his drug use.

In the new trailer, Des tries to lower the tension between the two for the new season but it doesn’t look like that will be the case. He is seen coming to her home to bury the beef but it only escalated from that point. Sky closed the door in front of him but he was eventually able to convince her to let him in.

The two tried to settle their differences but the past was still brought up as Sky still believes Des stole from her. In frustration, Des called her a dumbass and a fraud.

“You were disrespectful and you stole from me,” Days said to her son. Clearly upset Des replied, “You a fraud you dumbass!”

Last fall, Sky’s son Genesis also revealed on Instagram Live about their bad relationship by claiming that Sky only contacts him and Des for filming of the show. When they were teenagers, they were put up for adoption but eventually reunited with Sky.

“With me I made myself love from a distance,” he said. “She don’t even answer a n–ga s–t until she want me to come on TV.”

Check out Sky and Des go at it as the new season of Black Ink Crew: New York premieres on February 26 at 8pm ET.