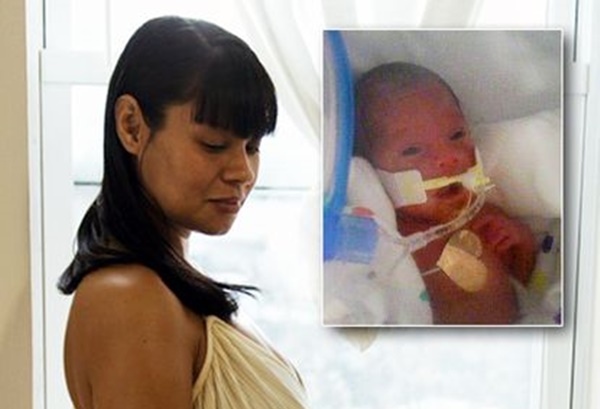 The 40-year-old thought it would just be like a bad flu. She was wrong. Her symptoms kept getting worse. On March 30th, she was rushed to Hoboken University Medical Center in New Jersey.

After doctors examined her, they told her the baby was in trouble and she was going to have to deliver it now.

She was transferred to Robert Wood Johnson University Hospital in New Brunswick, where specialized doctors were able to perform an emergency C-section. Before she went under the knife, they had to put her in a medically induced coma.

On April 1st, she gave birth to her daughter Zion. The baby was born prematurely at 26 weeks and weighed only 1 pound, 13 ounces. Zion is currently in NICU and will most likely be there until July—her original birth-month.

Johana finally woke up from her coma on April 13th, and has since been released from the hospital. She’s currently recuperating from her C-section surgery and bout with COVID-19.

The new mom, who still has some breathing issues, talked to The New York Daily News about giving birth while in a coma.

“I don’t know how to explain it. It was kind of bizarre. I always knew I was there.”

While she cannot be with Zion in NICU, she is able to watch her baby on a the monitor.

Johana says, “She moves her hand arms a lot, and here and there I can catch her open and close her eyes.”

Even though she will most likely not be able to hold her daughter until July, she told the outlet, “…I’m extremely grateful that my baby and I are alive.”

Both mom and daughter are Coronavirus negative.