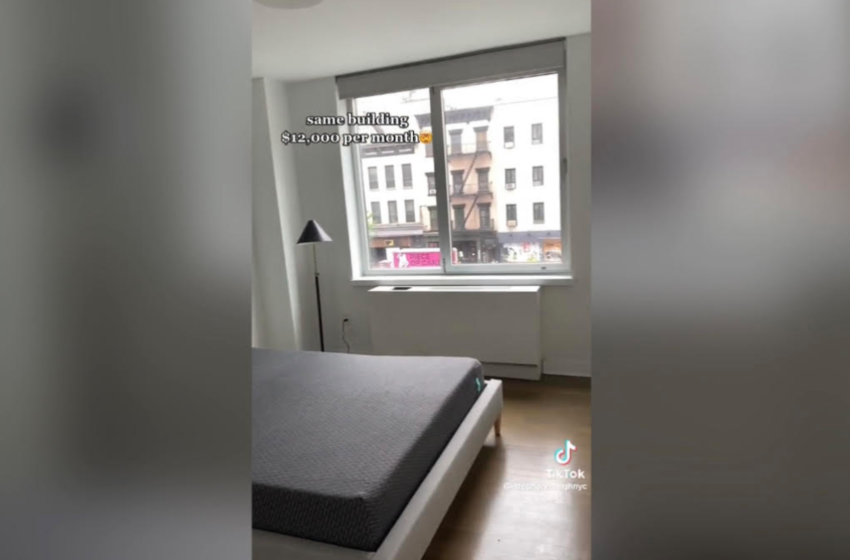 If you reside in New York City, you know it isn’t cheap at all. Well, a woman took her TikTok viewer’s apartment hunting with her in New York City and showcased the city’s high-priced apartments. The viral video uploaded to by Stephanieleighnyc has already garnered over 5 million views with more than 6,000 comments from shocked TikTok users. One user commented,

“Ummm. I’m speechless. This is beyond.”

In the video, the woman explains that her landlord raised her rent so she’s apartment hunting. The first apartment she showcases has two bedrooms and two bathrooms in East Village where the rent is $8,000 per month. Although she mentioned how nice the apartment was, she later noted that the price is

She showed another apartment within the same building which was priced at $12,000 per month; however, she later noted that it wasn’t

TikTok users swarmed the comment section, as one user wrote,

“What kinda jobs y’all be working up there to pay rent like that ??”

#Clique, what are your thoughts on this one? Is the overpriced?