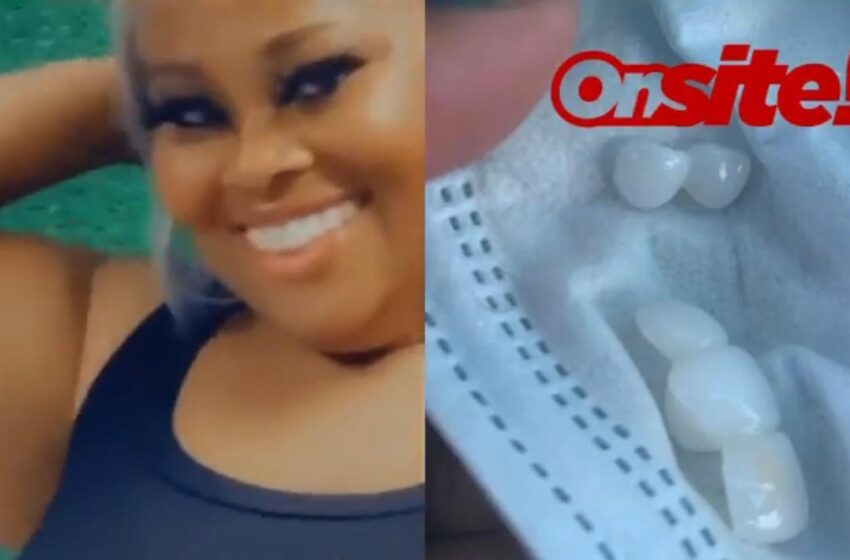 One of our #Clique members reached out to #Onsite for help, and it’s important for us to spread the word. April informed us that back in March, Amazingly White Dentist in Georgia did her veneers. Earlier this month, the woman said she sneezed and most of her veneers allegedly fell out. She said,

“I sneezed and my teeth came out from me sneezing.”

April mentioned how embarrassed she was and said she hasn’t been to work since her teeth fell out. The #Clique member mentioned she initially paid $7,500 to get them done. She continued to tell us how rude the employees were.

When she informed the dentist of the incident and asked if the veneers can be placed back in, the woman refused to reinstall them for free and told her she’ll have to pay $800 for insurance.

“It’s so embarrassing and I went up there asking her just to put them back in and she [told] me to give her $800 for insurance.”

She continued to say “it’s just too much.”

However, April isn’t the only one who has experienced this. Back in 2018, an unidentified customer left a bad review on the Better Business Bureau about Amazingly White. They claimed that their veneers fell out as well after receiving service from the company. The person wrote,

“within one day of getting my veneers done, a tooth came off.”

They mentioned after the tooth was replaced, two more teeth fell out days later and they haven’t been able to contact the dentist since then. Another unidentified customer left a displeasing review which accused the company of failing to give the customer their deposit back. The review read,

“she refuses to give back a deposit.”

#Clique, this is completely unfair. How do y’all feel about this incident?