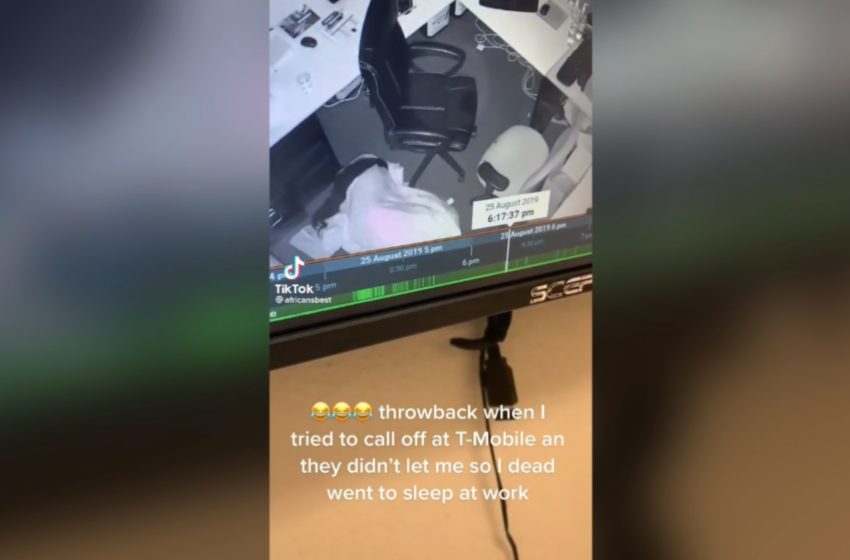 A viral video of a TikToker reminiscing on the time she attempted to call out of her T-Mobile job but they denied her request prompting her to sleep on the job has been making its rounds throughout the social media platform. The video uploaded by Africansbest has already garnered more than 1 million views with over 200 comments from hysterical TikTok users.

The woman detailed the incident through the text on the video, which said,

“throwback when I tried to call off at T-Mobile and try didn’t let me so I dead went to sleep at work.”

In the video, the TikToker is seen sleeping in an office underneath covers. Someone is heard in the background, saying,

“I was really sleeping, I wasn’t even using my phone.”

TikTok users swarmed the comment section as one person wrote,

“Its the tablecloth blanket for me.”

While another user commented,

“What do you mean they wouldn’t let you? I can’t come in and das day,”

“I came in an still checked out.”

Although the TikToker said she was overworked, she later admitted that working at T-Mobile was the