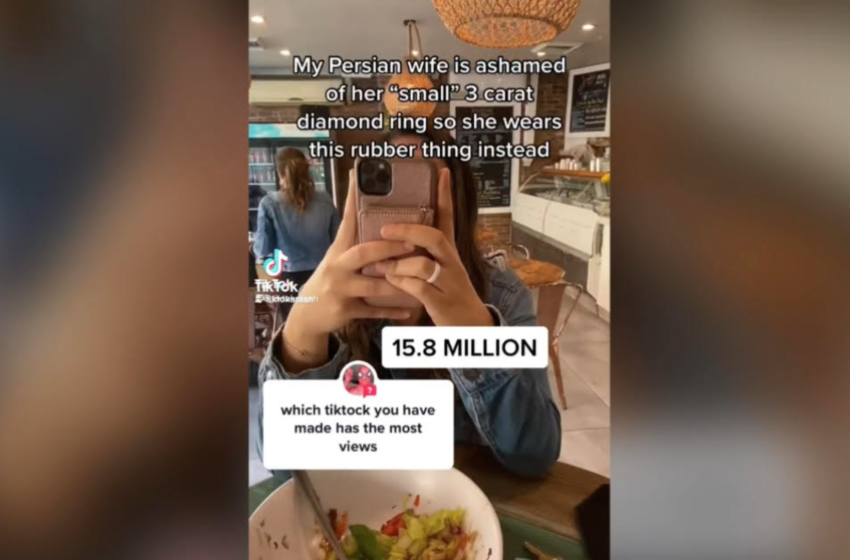 A viral video of a man claiming that his fiancé is ashamed of her 3 carat engagement ring he purchased her has been making its rounds throughout TikTok. The viral video uploaded by TikTokarash has already garnered over 15 million views with more than 7,000 comments from confused TikTok users who feel this woman is ungrateful. One user commented,

“should be happy with the ring you were given.”

“I just don’t wanna get robbed,”

while the text on the video read,

“my Persian wife is ashamed of her “small” 3 carat Diamond ring so she wears this rubber thing instead.”

The woman is seen holding her phone and she appears to be wearing a rubber band on her finger in place of the ring.

In a follow-up video, the woman is filmed explaining why she believes the ring isn’t

“somebody tried to set me up with their cousin and obviously they didn’t see my ring…so it’s not big enough.”