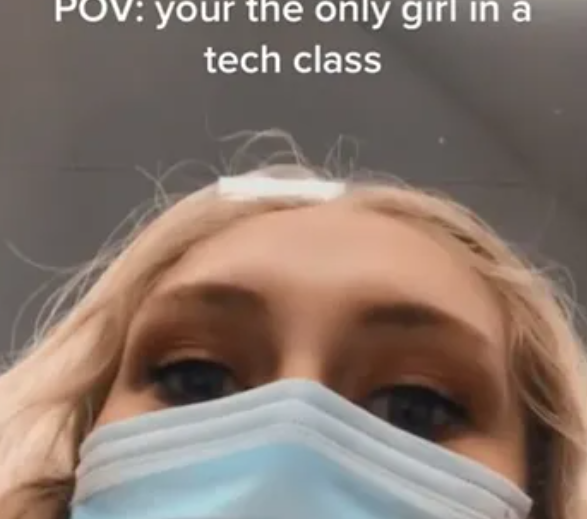 A TikTok video is making its rounds throughout the platform after a woman records a conversation between her male classmates about sex. But here’s the thing, the males off-camera appear to be cracking jokes about having sex which the conversation gradually becomes about consensual sex.

A male student in the background says,

“Or you could just find one that doesn’t talk, and when you ask them for consent, it means yes anytime, ”

and another unidentified student responds as he asks,

“Are you saying silence is consent?”

“If they’re knocked out, it’s consent?”

Shortly after, the male students begin to laugh at the unclear response made by another student. The fella’s continue to joke around about the topic as one commented,

The video uploaded by Kristen, whose username is Tank_on_e, now has over 2 million views on TikTok, and over 23,000 comments. Tiktok users responded to the video in outrage, as one user commented,

“The fact that they don’t even acknowledge that it’s wrong at the end they don’t care.”

“Sorry you had to go through this but thank goodness you recorded it. People don’t believe w/o proof.”

#Clique, What are your thoughts on this?