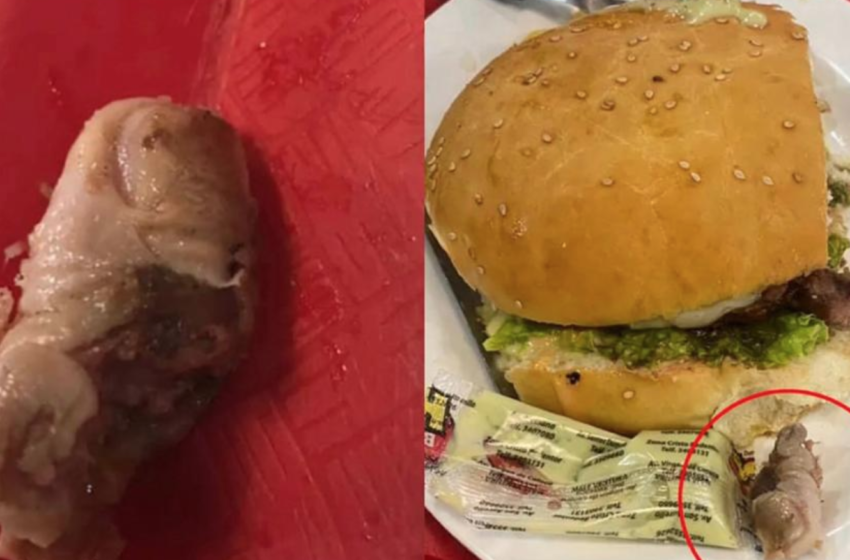 A Bolivian woman is outraged after discovering a decomposed finger in a burger from a fast-food restaurant called Hot Burger in Santa Cruz de la Sierra. Estefany Benitez posted her findings on Facebook as she also uploaded a video of her talking to a staff member from Hot Burger. The employee informed Benitez that the issue is out of

control as the burgers were delivered to the store precooked. The employee went on to inform the customer that they’ll be able to give her a full refund and assured Benitez that nothing similar to this incident has happened before.

Benitez expressed outrage on her Facebook post and added that the fast-food restaurant continued carrying business as usual after she complained. She attached photos of what she encountered which appeared to be a human finger. The Bolivian customer claimed she chewed on the finger amid her initial bite into the burger.

The company’s spokesperson called the woman’s findings an

and explained why the woman discovered a finger in her burger. The spokesperson said an employee, unfortunately, lost their finger while preparing the meat, and according to The New York Post, the story has been verified by local authorities.

The Bolivian vice-minister jumped to the customer’s defense and chose to temporarily shut down and fine the fast-food branch. There have been no reports of the customer pursuing any form of legal action.

#Clique, Does that look like a finger? What are your thoughts?