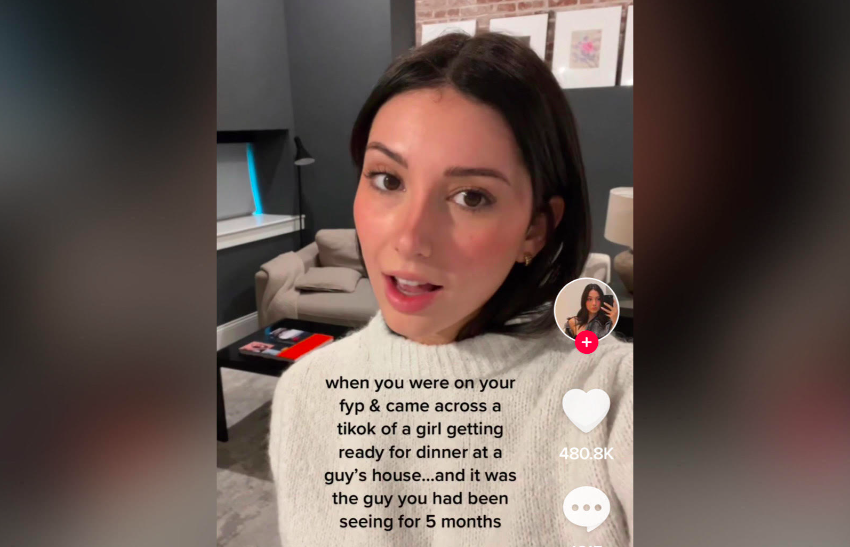 A woman is shocked after learning a guy she was dating for 5 months was dating another girl. Interestingly enough, she learned about it on TikTok after scrolling through her For You Page on TikTok and discovered a video of a woman getting ready for dinner at the same guy’s home.

The woman, Liesel, posted a video with the text overlay that read,

“When you were on your FYP & came across a TikTok of a girl getting ready for dinner at a guy’s house… and it was the guy you had been seeing for 5 months.”

Liesel revealed that the incident occurred over a year ago and the two weren’t officially exclusive; however, she noted that she felt that they were on the path to making things official due to the way their relationship was flowing at the time. Yet, things quickly changed after she discovered the video, and even before that, she confronted him because the same woman texted his phone while they were out together. When she asked him about the text he deflected and claimed that it was his

“best friend’s friend from the gym.”

Liesel discovered the video a month after she confronted the guy and later learned that on the nights he wasn’t with her, he was with the other girl.

Sophia, the other woman, responded in a video explaining her side of the story to her TikTok followers. She explained, that she met the guy on a dating app, Hinge. They dated and she had hopes of them getting even more serious; however, she didn’t know that he was also seeing Liesel. Sophia went on to say that she and the unnamed guy slowly stopped talking after he moved out of the country for a job. Luckily, she and Liesel spoke and began

putting things together. They both no longer talk to the guy.