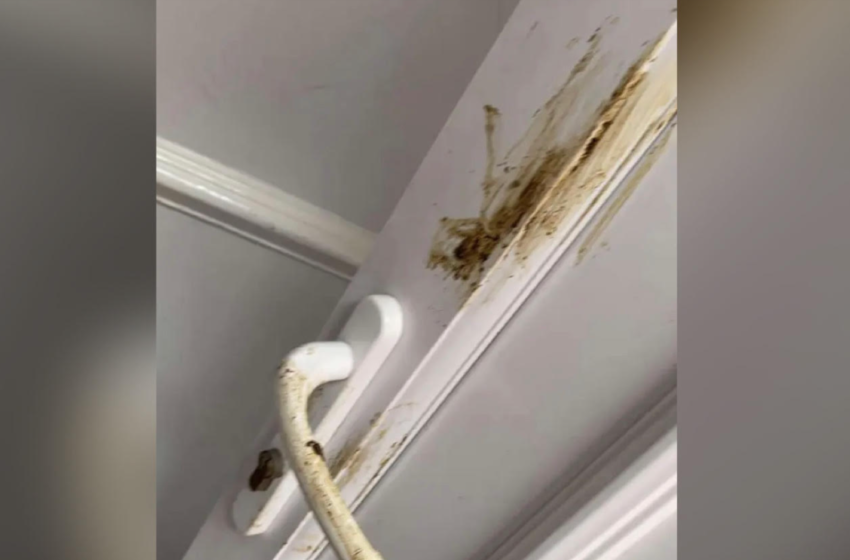 A mother says her neighbor put dog poo on her door after an ongoing dispute. The mother,  Courtney Cobb, and her boyfriend, Jay Chapman, claimed the neighbor messed with their property before he moved out. Back in 2021, the pair moved in and didn’t face any issues. However, things became heated with one neighbor after the mother claims be smoked often and played music too loud. The couple became even more worried about the smoke after bringing their new baby home four months ago, as the child suffers from breathing problems, according to the New York Post.

“She was premature and she had issues with her breathing and feeding and stuff like that. The smell [of smoke] was just disgusting. She had to go to the hospital one night and I think it’s because those smells were filling the flat and she couldn’t breathe properly,”

After complaining several times, the smoke and loud music continued. The neighbor also became aggressive towards the couple. After the complaints proceeded, the neighborhood eventually moved out leaving the couple a rude awakening before his exit, although, the neighbor denies all allegations made against him.

“We thought we heard someone at our door touching the handle but we thought it’s not the postman or anything so we left it. A delivery driver came to drop off our food and he was like ‘what’s that on your door?’ and we looked. My partner was furious and I was just scared, I was crying.I was sitting there with my baby in my arms thinking it’s my job to protect her and I feel like I can’t even do that. I don’t even know how that thought would come into someone’s head.”