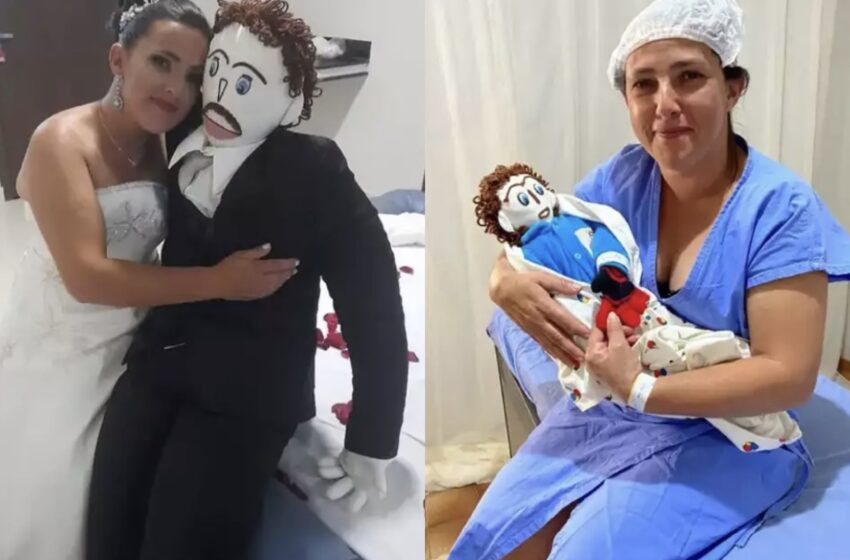 Brazilian woman Maerivone Rocha Moraes was frustrated with being single at the age of 37. After years of complaining, her mother made and gifted her a rag doll named Marcelo, as reported by Daily Mail. Moraes claims it was love at first sight, and to the disapproval of many, the two have been inseparable since.

After several months together, Moraes claimed that she had become pregnant. Not wanting their child to be born out of wedlock, she quickly planned a wedding. With over 250 guests attending, Moraes and Marcelo were married December of 2021.

“The wedding was a wonderful day for me, very important, very emotional,” the rag doll’s bride tearfully recalled. “From the moment I walked down the aisle to the end, it was just beautiful.”

May 21st, Moraes “gave birth” to their child, live-streaming the event to over 200 viewers. With a doctor and nurse at her side, and 35 minutes of pushing, the newlyweds had a “child” that the two named Marcelinho. Moraes finally felt that her family was complete.

Almost a year of a seemingly happy marriage, Moraes claims that she discovered Marcelo was having an affair.

“I found out through a friend who told me that she saw Marcelo entering a motel with another woman while I was hospitalized for three nights and three days with Marcelinho, our son, who had a virus,” she revealed on TikTok. “At first, I thought she was lying, but then I started looking through his phone and I saw the conversations, which made me sure he was cheating.”

After many nights of Marcelo sleeping on the couch, Moraes says the two have reunited. According to Daily Mail, Moraes has given the handmade doll one more chance. “If he [cheats] one more time, I won’t forgive him.”