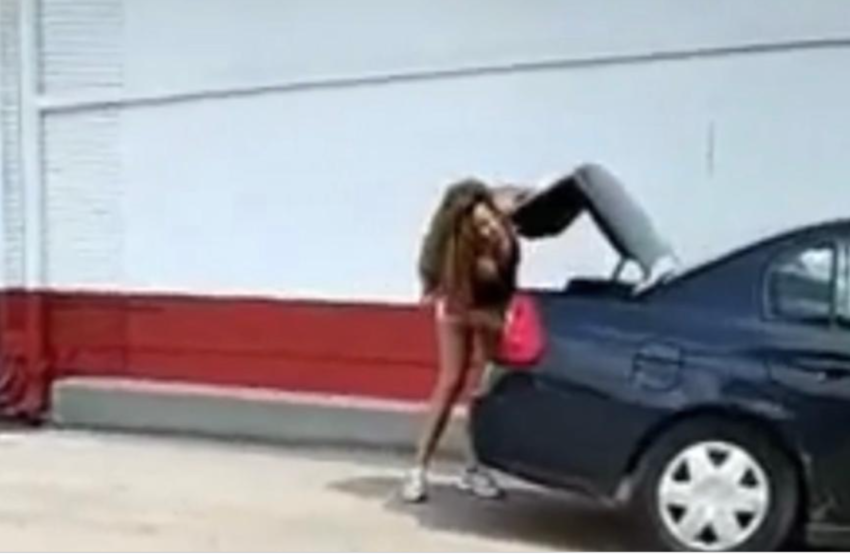 A Colorado woman has been arrested and charged with child abuse and violation of a restraining order after she is seen on camera forcing her 5-year-old son into the trunk of a car. As you can see, in the video, you can hear her screaming at the child where she says,

“Get in there before I f–k you up!” Once the boy is fully in, she slams the trunk as the boy is now trapped inside.

A bystander, who is recording, yells at the woman and says,

“Dude, you can’t put that f–king kid in the f–king trunk.”

The woman identified as Sara Lucero, continued to yell at the woman. She says,

“Take the f*cking kid out the f–king truck.”

Before the video ends, the mother, Chelsea Trujillo, says to the Lucero,

The video has made its rounds throughout the internet as it was posted on Reddit’s r/PublicFreakout page, and was picked up by numerous local news outlets. Pueblo Police Department’s Sergeant Franklyn Ortega told KOAA,

“Obviously, I think anybody who looks at that video would be concerned about the welfare of that little boy.”

“We saw what we saw in the video, but we need to look at the whole thing, that’s why detectives are involved.”