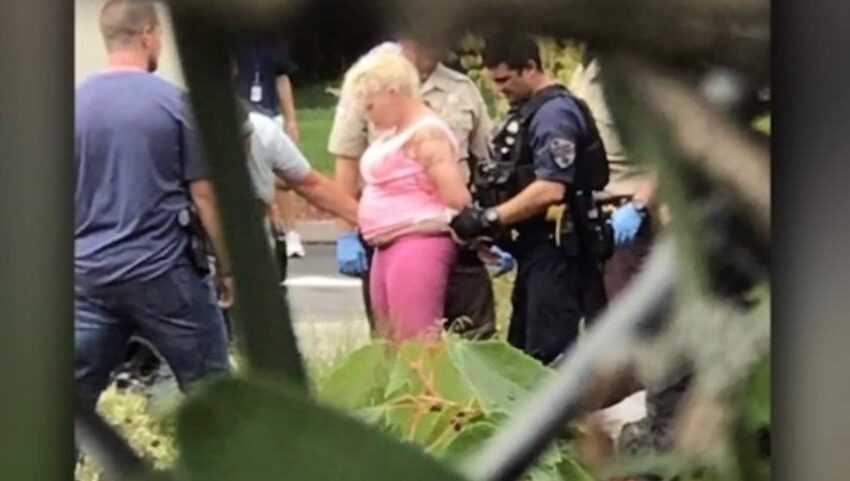 A woman has been arrested after reportedly dragging an officer with a stolen vehicle amid a high-speed chase throughout Worcester, Massachusetts. The woman was later arrested after she stopped in a McDonald’s Drive-through to purchase chicken McNuggets, per WHDH.

Reports reveal that officers responded after a Raymond James Restoration pick-up truck was stolen. The company’s owner told the news station, 38-year-old Johanna Gardell, hopped into the truck and took off. In turn, this led to the high-speed chase. As authorities pursued the truck, reports say the woman drove through oncoming traffic. As officers attempted to pull the woman out of the vehicle, she backed up knocking one over and ultimately dragging them for a short amount of time.

Following the chase, the suspect was arrested at a nearby McDonald’s after she stopped to order food. As officers attempted to approach her at the fast-food restaurant, she reportedly struck a vehicle and drove off of the rode.

According to WHDH, Gardell

“is facing a dozen charges including, failure to stop for police, operating to endanger, leaving the scene of an accident with personal injury, two counts of assault and battery by means of a dangerous weapon, and use of motor vehicle without authority.”