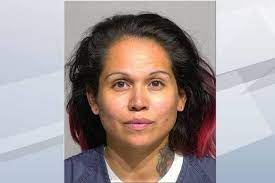 The death of a child at the hands of their own parent is always a tragic situation. A Wisconsin mother has been charged with two counts in connection to the death of her 6-year-old son.

Tasha Rockow, 32, is charged with one count of chronic neglect of a child (consequence is death) and one count of false imprisonment of her son Hank “Asher” Brown-Rockow on Sept. 6. According to the criminal complaint, the fire department was initially called to the home to respond to a child with a stab wound, but that wasn’t the case. Hank Brown-Rockow died from blunt force trauma to the abdomen.

The criminal complaint also says the child “appeared malnourished, with bruises covering his body from head to toe, including significant bruising surrounding both of his eyes.” Investigators also said that Brown-Rockow had human bite marks on his body. Many witnesses that Police spoke to told them the child was often abused, and one person even said the mother treated the young boy “like a convict.”

Rockow is being held in Milwaukee County jail on cash bail of $151,000. She could face up to 60 years if convicted on the charges.