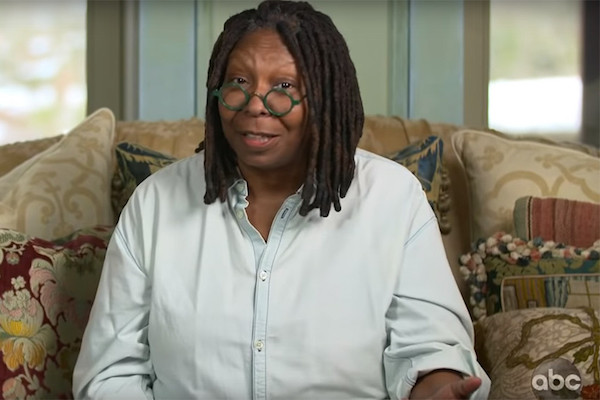 Whoopi Goldberg is under hot water for some comments she made about the Holocaust on “The View” today, NY Post reports. She stated that the tragedy was “not about race”.

Whoopi’s comments came as the show’s panel discussed a book about the Holocaust that was banned recently by Tennessee schools. The banning has led to a big controversy, and the book has skyrocketed to the top of Amazon’s “Best Seller” list.

The Holocaust isn’t about race. No, it’s not about race,” Goldberg said. “It’s about man’s inhumanity to man,” she continued.

The other women tried to correct her, with Joy Behar pointing out that Nazis considered Jewish people “a different race” and political strategist Ana Navarro told her, “Well, it’s about white supremacy. That’s what it’s about. It’s about going after Jews and Gypsies.”

But these are two groups of white people. You’re missing the point. The minute you turn it into race, it goes down this alley,” Goldberg countered. “Let’s talk about it for what it is. It’s how people treat each other. It’s a problem.”

The women were talking over each other, trying to get their opinions across, when Whoopi then decided it was time to cut to commercial. Many wondered if it’s because she didn’t want backlash.

Clique, do you think what Whoopi said is wrong?