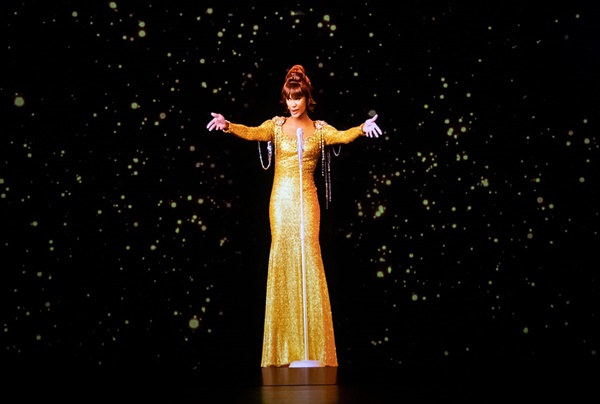 Whitney Houston‘s hologram is coming to a Las Vegas residency near you.

The late singer has become a touring hologram following her death in 2012. Base Hologram has created a magical and memorable Evening with Whitney, and her lightness has been touring Europe for the last few months. However, the reviews have not been as glowing as she is now.

” An Evening With Whitney review – Houston hologram is ghoulish cash-in “

“Beam her back up! She doesn’t deserve this holo-farrago”

Tacky brings us back to Vegas. On April 14th, Whitney is returning home to America and will be taking over the Vegas Strip at the Flamingo Hotel. Tickets go on sale for Whitney Vegas this Friday at 10a, and they start at $39. That is really cheap for the city of sin.

Plus, it is a good place for her to begin her tour in the US since she will not be the only dead singer performer playing there. Elvis Presley is still going strong, even though his heart hasn’t in a really long time.