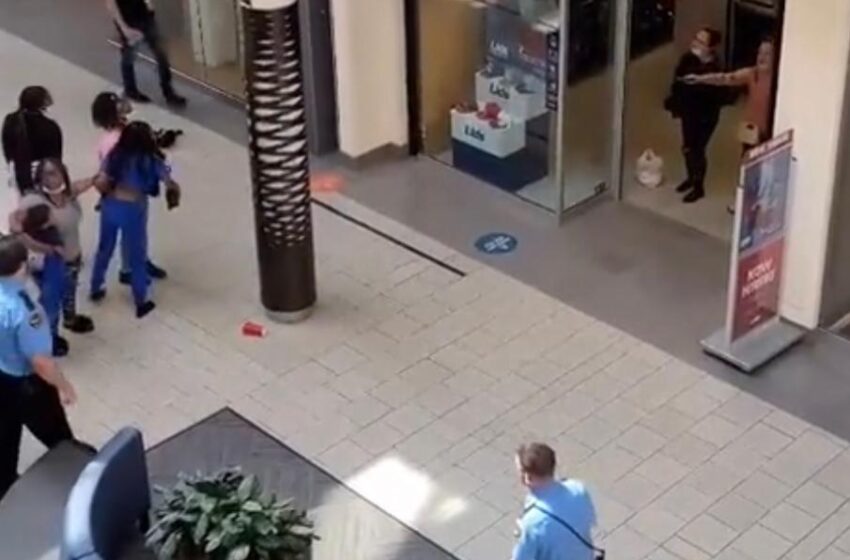 A video has surfaced of a white woman pulling out a gun on a group of black teens after an alleged argument. The incident occurred at Vancouver mall where you can see the unidentified woman backing up as she holds the gun in her hand aimed towards the black teens.

The user who posted the video said in the caption,

“This woman pulled her gun in a Lids hat store. The Kids walked in-front of the gun. I know, let’s make it even easier for these people to get and carry guns. Clearly they are responsible individuals. I hate it here right now.”

Another video from a different angle was posted on Tiktok. In the video, you can see the woman aiming the gun at the black teens; however, the woman stood in the store as she and the group of teenagers yelled at each other from a distance.

“This girl pulled a gun at vancouver mall and this guy just casually walks past her.”

The Tiktok video has over 50 million views.

Oddly, some people walked past the encounter as if it was normal, and mall security attempted to intervene. According to Newsweek, authorities say they determined the woman’s gun didn’t contain any bullets, and luckily no one was injured. There have been no reports of any arrests.

#Clique, Do y’all think she took it too far?