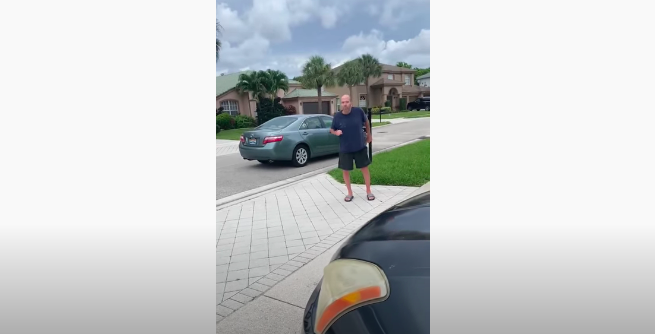 An unidentified white man threatened to call security on three 15-year-old girls,—one of them black and threatened to have them arrested for blocking him with a golf cart on Sunday. His tirade was caught on camera.

The man also accused the teens of not living in the area. The incident happened in Wellington, Florida, after the man began following the girls with his car as they were riding with two boys on a golf cart, according to TMZ.

One of the teens named Breonna Nelson-Hicks went inside to get her grandpa, Tony Nelson— who confronted the man who, in retaliation, defended his actions. Although he considered apologizing to the girls, Nelson felt the damage was done.Authorities are currently looking into this incident.

View the full video down below provided by Palm Beach Post.