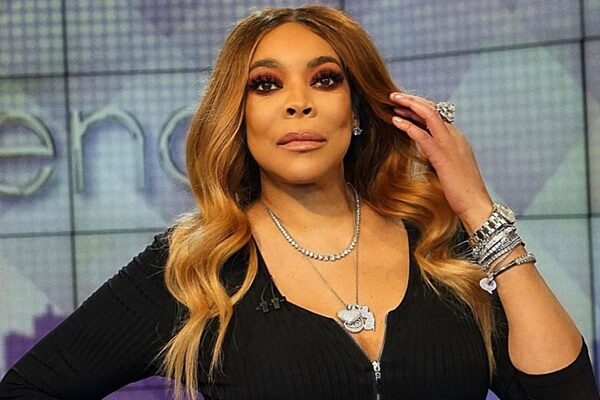 Wendy Williams is “self-medicating,” with “prescription pills, some kind of opioid,” according to a source close the Wendy Williams Show.

“The production staff is at a loss for what to do,” the insider confirmed to LoveBScott, just a day after the 56-year-old daytime television hostess displayed odd and unbalanced behavior during her live broadcast.

“Because of COVID, the staff sits in the audience every show, and they’re constantly worried she’s going to pass out on the air like before,” the source said. “Some days it’s so bad, the producers will pull the plug and air a repeat. But, it’s a big production and they can’t keep wasting money like that.”

Wendy, who infamously passed out in the middle of her Halloween 2017 show, has been transparent about her struggle with substance abuse.

“It’s an awful situation, and everyone involved around her is both concerned and over it. Everyone feels bad for all the personal drama she’s gone through the last few years at the hands of her loutish ex-husband, but what can they do?” says the source.

Despite her Graves Disease diagnosis, the insider claims members of Wendy’s team dont believe her illness is to blame for her erratic conduct.

“They always attribute everything to her thyroid disease medication, but that’s obviously just a cover story and no one buys it anymore. Friday’s show was the worst it’s been,” the source continues.

“Even her manager Bernie, who she references frequently on the show, is over it. They are horrified and very worried about her. They say it’s like coming to work and watching a train wreck every day. A very sad situation.”

Concerns for Wendy’s well-being are also allegedly putting the longevity of her show, in its 13th season, in jeopardy.

“It’s really the top brass at the studio Deb Mercury who need to step in and put their foot down, make her go to rehab and get the help she clearly needs. It was hoped that she would pull it together over the long summer hiatus, which they started early because Wendy was having issues then.”