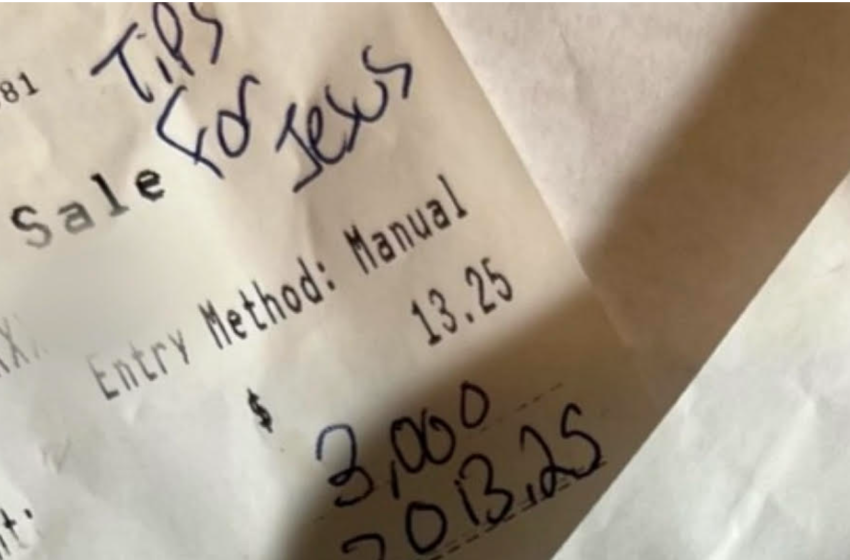 A customer who invested in cryptocurrency left a Pennsylvania restaurant waitress with a large tip after dinning at the restaurant. Eric Smith paid merely $13.25 for a stromboli at Alfredo’s Cafe; however, he was generous enough to leave his server, Mariana Lambert, a $3,000 tip, reports CNN.

“When the time came to pay his check, Lambert came into my office with tears in her eyes and shaking, stating a customer was leaving her a $3,000 tip on his $13.25 bill.”

Lambert admitted that she was

by the selfless act. According to WNEO, She said,

“It really meant a lot to me because everyone’s going through stuff. It really touched my heart. I still can’t believe it. I’m still in shock. We ran his card, and everything went through. We took his ID and took pictures of everything. They waited a little bit to make sure it was legit and went through, and it ended up being real.”

The man who paid it forward is a Pennsylvania native,

and he wished to

“give back to the community,”

said a  manager of the business, Zachary Jacobson.

According to the New York Post, Tips for Jesus written on the receipt may have been referring the to anonymous Instagram account called Tipsforjesus. The account is dedicated to showing extraordinary tips left for waiters at restaurants.