A video of a maskless woman who blatantly coughed on people in a grocery store has been making headlines. The incident and video was reported by a local news station in Nebraska. According to KLKN-TV, the woman aggravated a woman and her child and then went on to verbally debate with them about why she failed to wear a mask.

The woman who was involved in the incident went on write about what she and her daughter experienced. She wrote on Reddit, under the username Jessabird,

“So my kid and I were at the store tonight to pick up a few groceries when this lady approached us and said politely, ‘Excuse me,’ and to be honest I thought she was going to ask me for help or ask where something was. I was about to say ‘I don’t work here, lady,’ when she asked why we were wearing masks. That’s when I realized that she wasn’t wearing one herself. I started walking away, while replying, ‘Because of the Delta variant, and also because there’s a mandate.”

“Then she went on about how she was born and raised here in Nebraska, and it’s too bad that some Nebraskans have turned into sheep. She asked if I’ve had a vaccine and said that my kid and I don’t need to wear masks because we look young and healthy. There were several other people around wearing masks but for some reason, she chose to pick on me and my kid.”

As you all can see, in the video the woman began coughing in the vicinity of the woman who was filming her. She moves closer to the woman, and continues to cough. The woman went on to tell the lady and her daughter that she didn’t need a mask because she isn’t sick. She suggested that they weren’t sick either.

The video has been circulating throughout the internet and was even posted on TikTok by actor Michael Rapaport. The video posted by the actor now has more than 3 million views with over 51,000 comments. 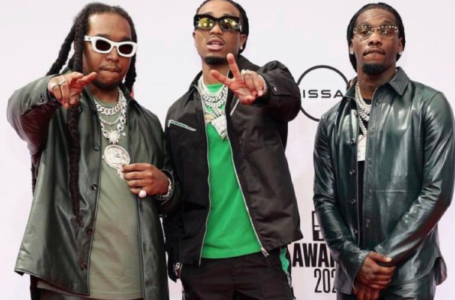