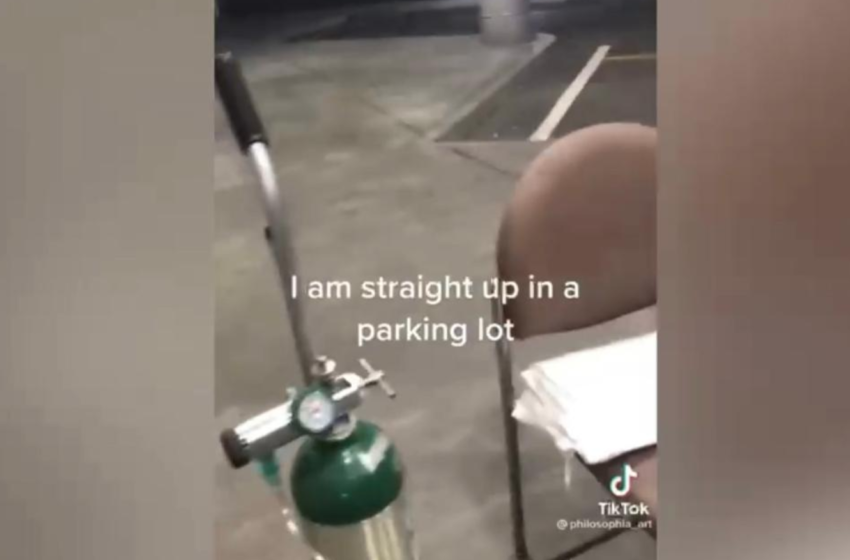 A 23-year-old is making her way around TikTok after posting a video of herself receiving treatment from a California hospital in their parking lot. The TikToker wrote on the video,

“The hospital had no beds.”

The video uploaded by Philosophia_art now has more than 3 million views with over 6,000 comments of concerned but surprisingly amused TikTok users.

In the video, the woman is seen showing herself as she wore an oxygen asthma mask. She then turns her camera around to show the tank as well as the parking lot. She seemed to be sitting by herself but luckily, this woman has a good sense of humor because she laughed throughout majority of the video. I’m not sure if she found it amusing or if she was merely laughing because she was in disbelief. The 23-year-old also noted in the comment section that she went to the hospital due to a

Of course, TikTok users weighed in on what she made to be a joke. One TikTok user said,

“Your sense of humor is on point. I hope you get better.”

“The fact that they left you alone is killing me. I’m just imagining them tapping on the window like “you good still?”

#Clique, What would you do if this was you?