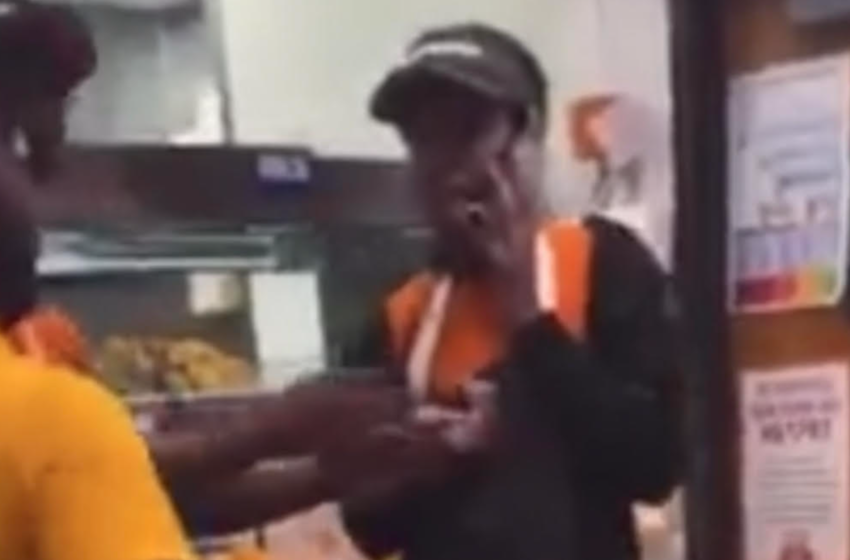 A manager from Popeyes has been arrested after attacking a teen worker who allegedly wanted to clock out. A video shows the encounter as the manager, identified as  Marquez Smith, 20, is seen assaulting the teen.

According to a police report, after the incident, the 20-year-old manager was arrested and records show that he has been charged with battery and first-degree cruelty to children.

Popeye’s later confirmed that the manger has been fired. The company released a statement on Twitter, saying,

“We are absolutely horrified, like the rest of the public. We are working with local authorities and the franchisee to ensure the impacted team member has the support she needs to fully recover.”