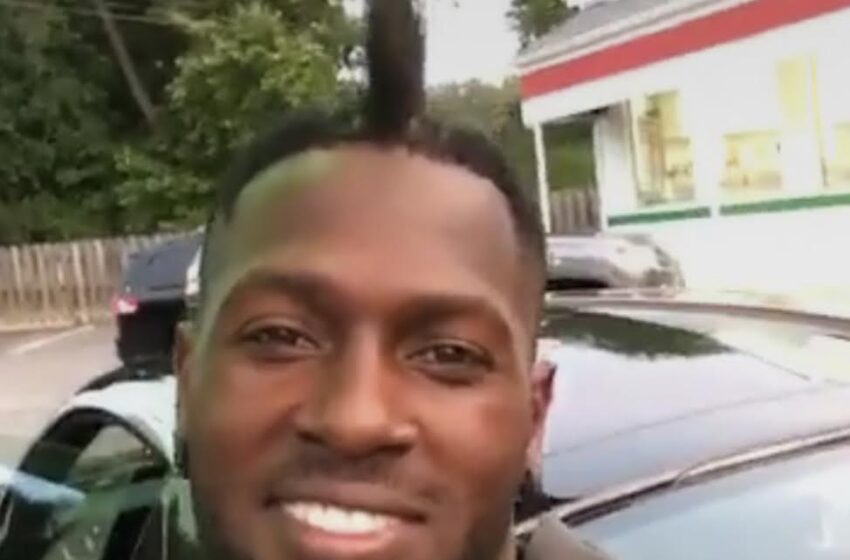 It looks like Antonio Brown was captured on footage exposing his bare buttock and penis in a pool at a Dubai hotel, Armani Hotel Dubai.

In two videos, the former NFL player can be seen slightly jumping out of the pool to expose his bare buttock, while appearing to scarcely shove it into a woman’s face. One of the videos captured on May 14 also shows Brown grabbing the woman and dumping her back into the pool. The unidentified woman laughed off the encounter and gracefully swam away from Brown; however, reports note that she was angry following the incident.

According to the New York Post, Brown just met the woman. Observers can be heard on camera encouraging him as one person is heard saying,

“One more, yeah, another one.”

Reports say the woman complained about the encounter with Brown in the hotel’s lobby. A hotel employee said he was asked to leave following the act. Reports added that other guests complained about Brown’s actions. One complaint consisted of the pro baller’s room smelling like marijuana, which goes against Dubai’s laws and regulations.