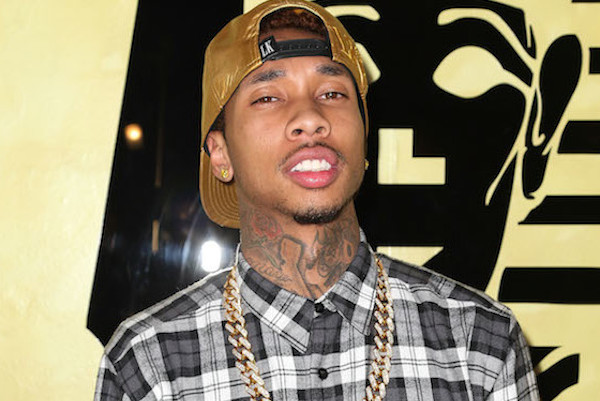 Tyga‘s ex-girlfriend Camaryn Swanson called the cops on him and filed a domestic violence report this morning, TMZ is reporting. She is claiming he put his hands on her and the police are waiting to speak with him about it.

The outlet reports that Camaryn showed up at Tyga’s around 3 AM screaming, although they don’t agree on why she arrived. He is saying she just showed up drunk, while she claims to have texts showing he sent a car for her.

He reportedly let her in so they could talk, and some point later she had her mom pick her up. Then she called the police and showed them marks on her body that she says the rapper inflicted.

The cops went to his house to talk to him about the incident, but he refused, instead saying that he will go to the police station with a lawyer. It’s not clear when the two broke up.

Clique, do you think Tyga hurt this girl?