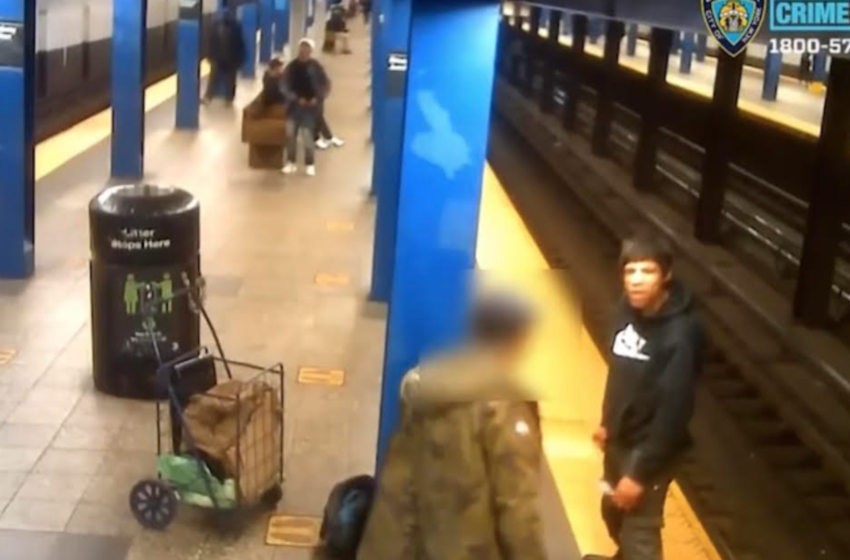 Surveillance footage captured the shocking moment a fight broke out between two men causing both opponents to fall into New York City train tracks. According to Pix11, a man, 52, was walking on the train platform in Brooklyn when an unidentified man addressed him, eventually leading to an argument.

The men began fighting on the Broadway Junction platform. Reports noted that the man revealed a knife and started chasing the 52-year-old man. The unidentified man then tackled the middle age man causing them to fall onto the train tracks. Luckily, both men were able to get back onto the platform; however, the 52-year-old victim was cut in his ear, finger, head, and chest.

He was later treated for his injuries and officials are trying to identify the suspect who had the knife.