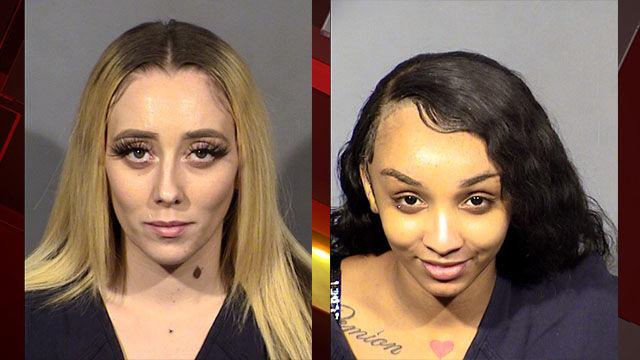 A man has been swindled out of his cash and his Rolex by two women who he met on the casino floor at Caesar’s Palace in Las Vegas.

Las Vegas Metro police said Nikki Grandel and Staycee Johnson got away with thousands of dollars in cash and his watch. They even hid the stolen items in their genitals. On the morning of Jan 2, the three met and went to his hotel room where he had a duffle bag full of money totaling $6,500 and Rolex.

When the man went to take a bath, Grandel and Johnson were alone in the room with his things and when he returned all his money and Rolle were gone. The two were met  in the hotel lobby by Police as it was Grandel who called them due to the man initially not allowing them to leave his room because he accused them of taking the items.

While they speaking with officers, the roll of $6,500 “was found bulging out of Johnson’s pants,” having fallen out of her vagina, police said. The watch was found insides of  Grandel’s vagina. Both women face charges of grand larceny. The ladies were also released on bail.