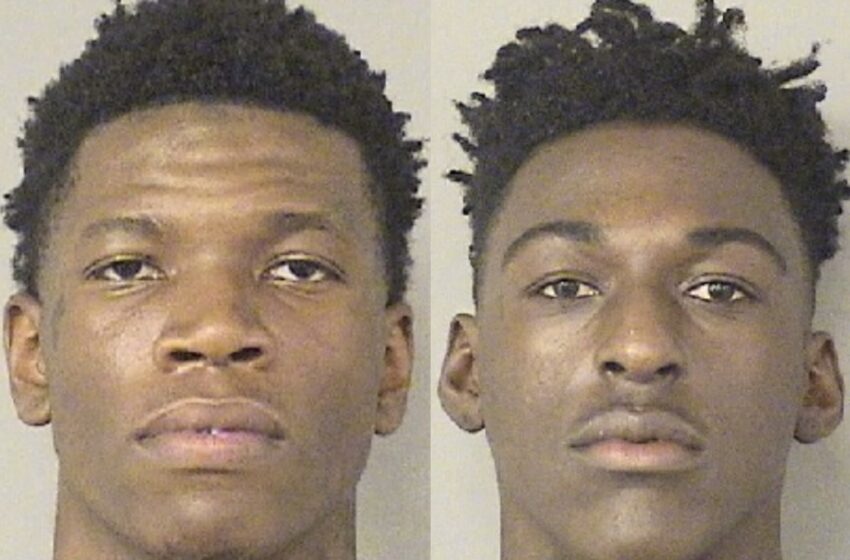 On Sunday, October 23rd, two young men in Pahokee, Florida were arrested on the same two criminal charges, as well as probation violations, after an armed home-invasion.

The adult victim was babysitting for a father of three children, all under the age of seven, when a white Kia pulled up to the house. The suspects exited the vehicle, entered the home through the back door, and then pointed their guns at the babysitter and the three young kids. After one of the men forced all of the victims to sit together downstairs, the other went upstairs to the father’s recording studio room. According to CBS 12, the suspects took a plastic bag containing a small amount of marijuana and immediately fled out the front door.

Shortly after the incident occurred, the father of the children received an Instagram message from 18-year-old Carvontae Freeman, threatening him to not involve the police. Freeman and 20-year-old Derrick Lamar Robinson Jr. are two inspiring rappers that had been in the father’s recording studio just the day before. After the adult victim was able to identify them through their previous mugshots, the two suspects were found and arrested.

Freeman and Robinson were each charged with with home invasion robbery with a firearm and booked shortly before 9 P.M. at the West Detention Center. They are both being held without bail.