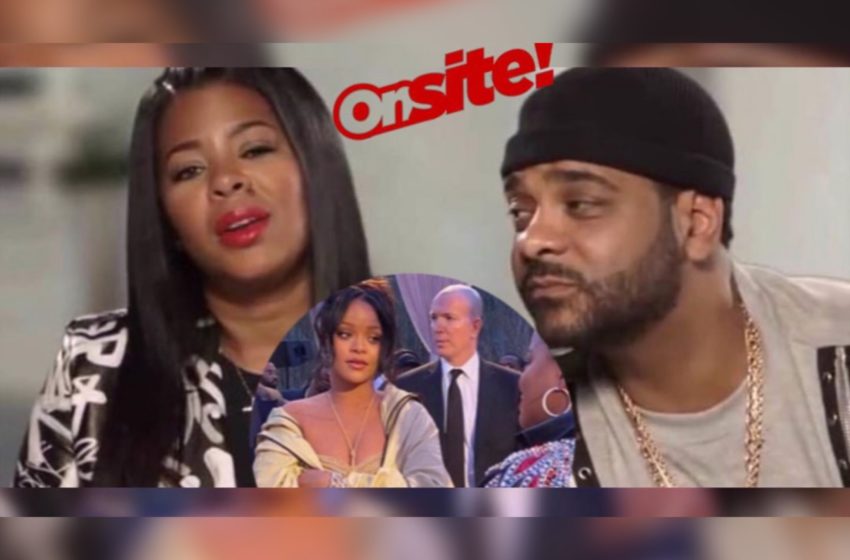 Via #ONSITE Contributor @Black.Girl.United ?
Love & Hip Hop star Chrissy Lampkin is rumored to have pulled up on Rihanna at this weekend’s Roc Nation Brunch, and things almost got ugly according to sources.

Allegedly, according to Rihanna’s friends, Chrissy confronted her about some old rumors that have been circulating for years involving Rih and Chrissy’s longtime spouse Jim Jones. The heated exchange was caught on video and twitter has been buzzing with their own reactions to what happened.

In the short clip, Rihanna is seen with her arms crossed and firmly speaking to Chrissy. Towards the end of the conversation, it looks like Rihanna said, “I don’t fck with that.” So what exactly doesn’t Rih Rih fck with? Speculation about her long-awaited album?  Or accusations of sleeping with Chrissy’s fiance?

What y’all think Rih and Chrissy were talking about?