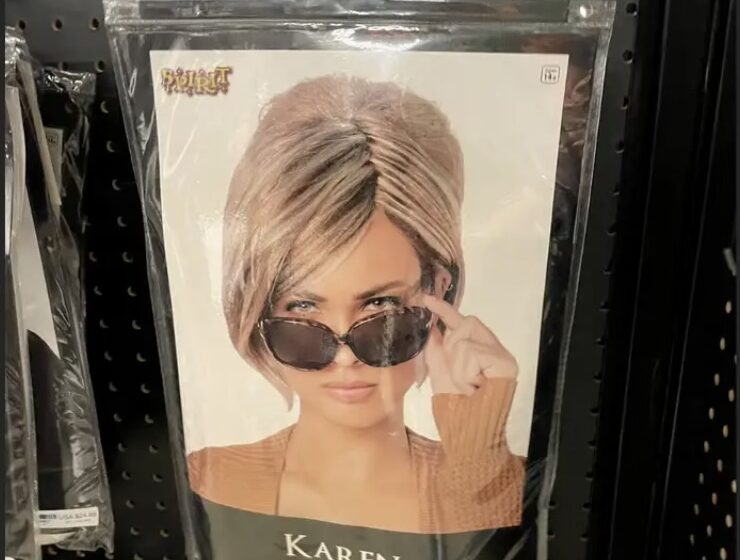 Y’all know Twitter users won’t hold their breath when it comes to inserting their opinions on any topic. Recently, there’s been news of a Karen Halloween costume and some people believe the costume was offensive and unnecessary, as some Twitter users pointed out that companies are profiting off of the trauma of black people.

Karen was originally known to be an entitled and privileged white woman who unjustifiable calls the cops on black people. If you recall, Amy Cooper made a false report to the police about a black bird watcher in central park who politely asked her to maintain her dog on a leash. She was later charged with

“one count of falsely reporting an incident in the third degree,”

per the NY Post. This incident continues to repeat itself which in turn led these woman to be dubbed

As time went on, any woman who seemed to complain about anything is viewed as a Karen; however, some Twitter users are specifically pointing out how companies seem to be profiting off of the racist and privileged fueled white woman by making it a joke.

“The way yt people have managed to turn this info. Joke is honestly so unsurprising. A while costume for a label that’s supposed to identify yt women who weaponized their whiteness to brutalize black people.”