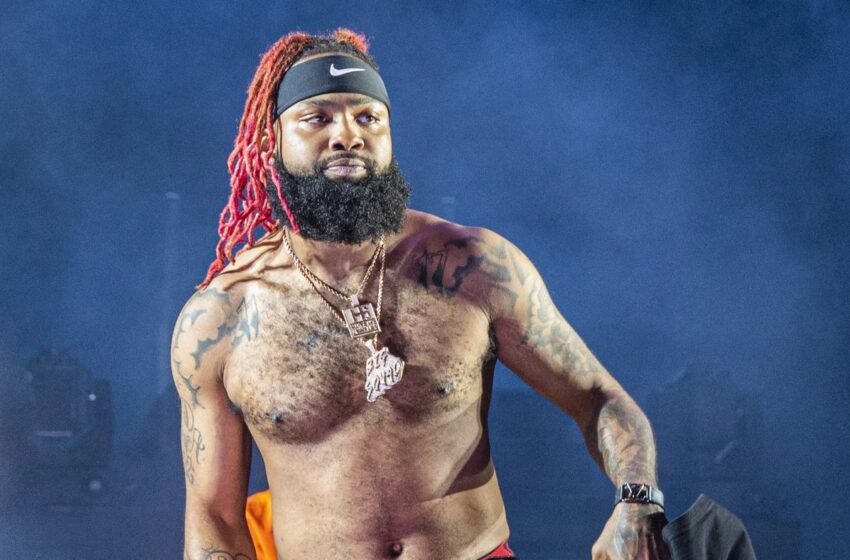 Sada Baby is under fire on Twitter after he made a post about how he wishes Lil Nas X was in the hospital instead of DMX.

This weekend, the Detroit rapper posted an Instagram story that said “Lord we said Nas X, not DMX”.

He was immediately hit with backlash for not only being insensitive about the situation, but also for what some suspected was a homophobic post.

You may recall that Sada Baby has been in hot water before for calling a Nicki Minaj fan page a “fa**ot”. His comment about Lil Nas X came after the controversial music video for “Montero (Call Me By Your Name)” came out, so many thought it was correlated.

Clique, do you think Sada was being homophobic with what he said?

How well I sleep ate night knowing sada baby will never get farther than wlc remix and is ugly pic.twitter.com/xt7m5QyjPm

Sada Baby is obsessed w/ Lil Nas X. I think he wishes he was the devil in the Call Me by Your Name video.

Straight Black men in hip-hop been pressed about Lil Nas X since day one. Sada baby is violently homophobic for this unhinged homophobia/anti-Black rhetoric. You out here wishing death on a GAY Black man? THERAPY. https://t.co/9FiByaSjh8

Sada baby must be dl because at this point his homophobia is looking like self projection.