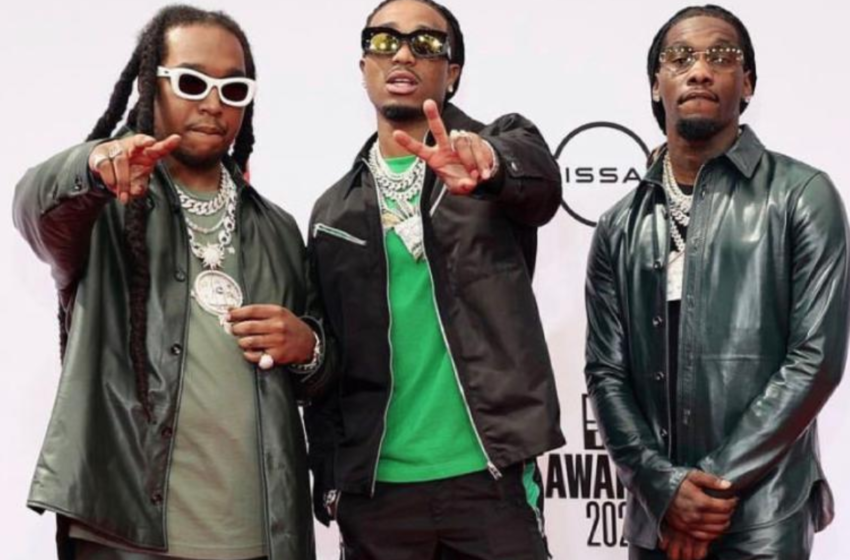 Now y’all know Twitter is having a field day with this one. Leave it to Twitter users to insert their opinions in any and everything. This time, Twitter users are correcting Quavo’s in his claim that hip-hop group Migos invented the

During an interview with Taylor Rooks for Bleacher Report, one of the questions Rooks asked Quavo was

“What do you feel like was the thing, the Migos invented?”

“The triplet flow, for sure.”

“Wasn’t nobody doin’ it before we came and right now, everybody’s doing it. It’s a blessing.”

Well, Twitters users responded to Quavo’s claim of creating the

Many users credited Three 6 Mafia, Bone Thugs, and other 80s/90s rappers which is the era that Twitter users say the style of rap was created. One Twitter user said,

“Three 6 Mafia definitely started the flow, specifically Lord Famous, Bone Thugs, or Twista.” While another user tweeted, “Ironic conversation considering he ripped off 3/6 who was doing it in the early 90s.”

However, the conversation between Quavo and Rooks didn’t end at the

rappers’ claim. Rooks included David Banner in the discussion as she mentioned Banner have witnessed people implicate the Migos style without crediting them. She continued to ask if Quavo agreed with Banner. Quavo responded,

“They just don’t want to give credit…….You don’t want to come in, being new, and say you took somebody style or sayin’ you got the style of… You don’t want to say that you influenced by too many young people, ’cause you don’t know how people will take it.”

#Clique, Do y’all agree with Quavo?