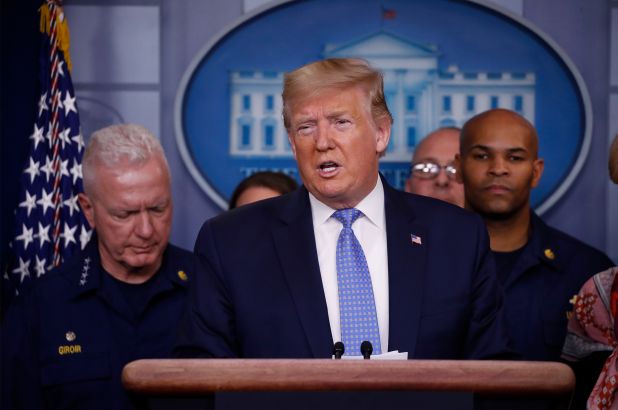 Trump is threatening action against social media companies one day after Twitter—for the first time ever—fact-checked some of his tweets regarding mail-in voting, tagging them with a warning label.

On Tuesday, Twitter fact-checked two unsubstantiated tweets from Trump claiming mail-in ballots in the 2020 election would be fraudulent for the first time, and directing users to “get the facts” through news stories that cover the topic. Hours later Trump responded with his typical outrage, accusing the company of interfering in the 2020 election.

Firing off a series of scathing tweets Wednesday the president said, “Republicans feel that Social Media Platforms totally silence conservatives voices,” without providing evidence of his assertion. He added that the companies should either be “strongly” regulated or shut down.

Twitter and other social media platforms have faced serious criticism recently for not doing enough to combat misinformation, especially when it’s propagated by Trump himself.

Do you think the president will actually shut down Twitter and other social media platforms? Will the shut down help or hurt society?