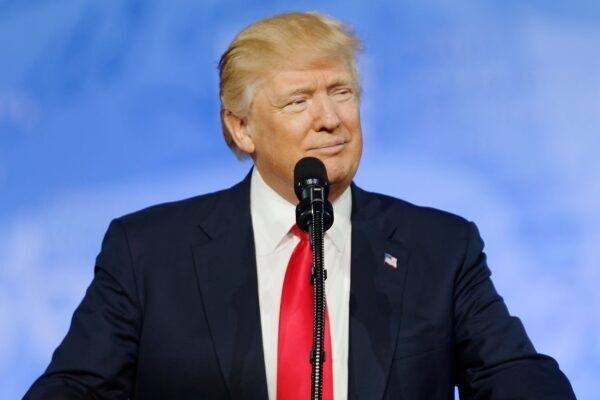 Donald Trump has a new interview airing tomorrow where he blasts Meghan Markle. Daily Mail reports that in the GB News segment with Nigel Farage, he says the Duchess is using Harry, among other claims.

The former president spoke with the politician in a televised chat that reportedly took place yesterday. During their talk, Donnie turns his attention to Markle and makes sure to let it be known what he thinks of her.

“I’m not a fan of hers. I wasn’t from day one. I think Harry has been used horribly, and I think some day he will regret it,” he said. “I think it’s ruined his relationship with his family, and it hurts the Queen.”

‘I think she’s been very disrespectful to the Queen, who’s such a great woman, such a great person, a historic person,” Trump continued.

This isn’t the first time he’s thrown shots at Meghan. Earlier this year, he said he would try to run for president again if Markle attempted to win office. And in 2019, he called her “nasty” after she spoke about him in the papers.

Clique, do you think Meghan cares what Donald has to say about her?