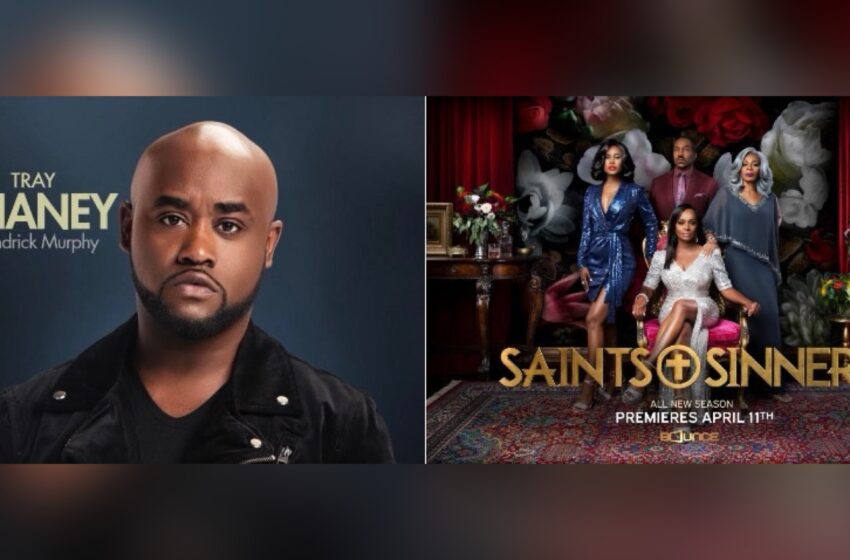 Saints & Sinners star Tray Chaney sat down with OnSite! to discuss what fans can expect of his character Kendrick Murphy in the upcoming season, which he says will be the “best season.” For the most part, Chaney looks forward to showing viewers a different side of his acting, compared to what we’ve seen of his previous roles.

The actor also expanded on how religion plays a major part in the show’s storyline, in and outside of the church.

“Nobody’s perfect and people have imperfections, and they have to understand that you have a relationship with God only,” The Wire star said. You don’t have to answer to no man. No woman. Whatever you got going on, your relationship is with God and I think that’s what this show [is about] just in general. … That’s how this show identifies … and so many people can connect with it. It’s because you know, you you only got one person to answer to, and that’s God.”

Ahead of the show’s fifth season, Chaney teases that the cast will show their vulnerabilities, including his own character. In season 5, Kendrick will have some hard decisions to make as he tries to provide for himself and his pregnant lover Stacia Cunningham (Patrice Fisher).

“You’re going to see a bunch of twists and turns come out,” he said. “For Kendrick’s character, it always seems like it’s going good and then boom, it just takes a turn for the worst.”

Aside from Saints & Sinners, Chaney has his own projects underway, including a new movie and new music. Chaney stars in Secret Society on Amazon Prime, which his new music is also featured in. As far as his music career, the actor dropped his latest project, 3X Trilogy. While reflecting on his latest project, Chaney paid tribute to late rapper DMX.

“You know, I think this project is giving me the ability to write even more from my heart  and write what I feel and write what’s going on in the world. Like today, of course, we lost our brother DMX. I was real cool and close to X,” Chaney explained. “I opened for DMX in 2016 in my hometown Washington DC, you know, and I remembered X fighting for me to open on a show. I’ll never forget that. I never forget how how he always supported my career as an actor.”

Clique, tune in to catch Tray Chaney on Season 5 of Saints & Sinners on Bounce TV. Also, press play below to hear the full interview.