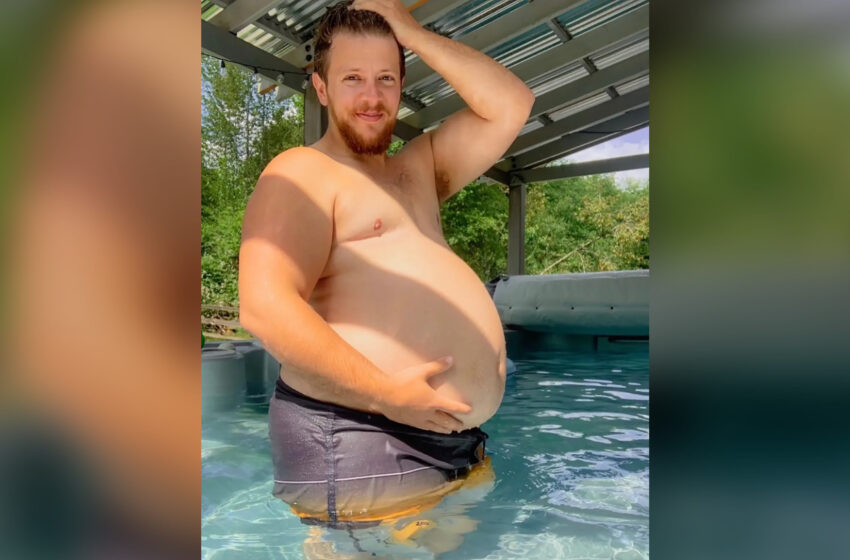 A 36-year-old trans dad from Seattle who identifies as non-binary and queer has taken to TikTok to share their journey of giving birth after getting pregnant by a one-night stand during their medical transition, NY Post reported.

Danny Wakefield says they were assigned female at birth but now identify with masculinity. Wakefield reportedly started transitioning at the age of 25 when they started taking testosterone treatments and underwent a double mastectomy (a surgical operation to remove breasts). In 2020 Wakefield revealed they were expecting a child after a one-night stand with an unnamed man.

Although Wakefield identifies as a trans man, they said,

“I’ve known for my entire life that I’ve wanted children and I knew before I transitioned that I would want to carry at least one child.”

“just because I don’t feel like a woman, that doesn’t mean I can’t take advantage of the body organs I was born with.”

“It was the most beautiful experience I’ve ever had. I’ve fallen in love with my body in ways that I’ve never experienced before,”

they added. Despite the trans dad’s ‘beautiful experience’ they said they are still non-binary.

“I was born with a uterus and so the world said I was a girl, but I’m very much not a girl,”

“I’m also not a boy. I’m non-binary! I have the reproductive system that allows me to carry and give birth to a child, so that’s what I did. Transmen and non-binary people give birth, too.”

Wakefield gave birth to their baby ‘Wilder’ in 2020, to whose gender Wakefield has not yet identified as it’s

“part of their story,”

they told the outlet.