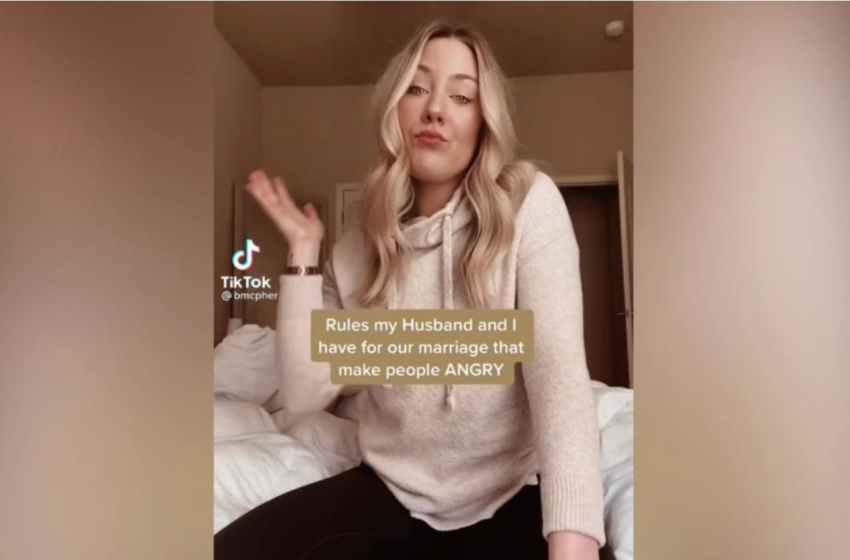 This woman is revealing the dos and don’ts of her marriage. A woman uploaded a TikTok video that revealed the boundaries within her marriage, and it has some people a little confused. The original video was posted by Bmcpher and now has more than 2 million views, while a follow-up video posted under the same account now has more than 600,000 views with over 1,500 comments from slightly agitated TikTok users.

The original video is titled

The video shows the TikToker with the text,

“rules my husband and I have for our marriage that make people ANGRY.”

The TikToker went on to list the rules with the first one being,

“no friends of the opposite sex.”

“no work gfs/bfs or being alone with the opposite sex,”

and their final rule is,

“no texting the opposite sex without the other knowing.”

“more rules my husband and I have in our marriage that make people angry.”

“no lusting after others (no following scandalous pages),”

corn, which was shown in the form of a corn emoji. The TikToker continued,

“Always put each other first (even over parents).”

TikTok users had diverging opinions about the matter. One TikTok commented on the follow-up video saying,

“my pure little mind was like “what’s wrong with corn.”

“Isn’t it insane that having HEALTHY boundaries in your relationship is odd to other people?”

#Clique, Do y’all agree with these boundaries or are they a little too extreme?