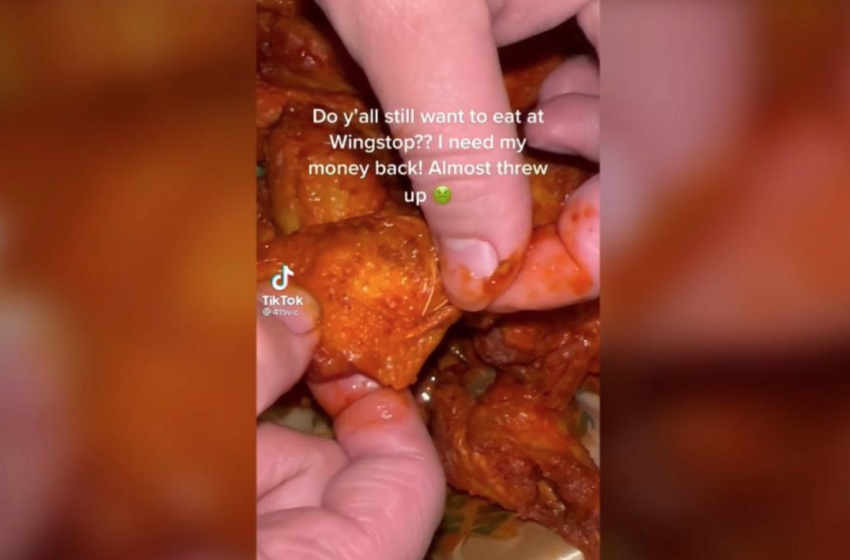 A TikToker is disgusted after discovering chicken feathers in his Wingstop order. The video uploaded by 415vic has already pulled in over 3 million views with more than 9,000 comments from unbothered TikTok users. One TikTok user wrote,

“found feathers on my Wingstop food.”

While the text on the video said,

“do y’all still want to eat at Wingstop?? I need my money back! Almost threw up.”

The video shows a close-up of the customer’s order as the TikToker zoomed into what appeared to be feathers.

In a follow-up video responding to TikTok users asking about an update regarding the incident. The TikToker shared a photo of an alleged deleted comment from Wingstop that said,

“That’s not cool on us. Can you please use the button on our profile to email us? Our team wants to further assist you.”

The TikToker claimed to have emailed the company, and no one responded. Yet, the company wrote another comment noting that their office was closed due to the holidays. Wingstop also denied that they deleted their initial comment.

“My intentions were just to be funny and dramatic nothing else. Wingstop asked for my receipt so I sent it.”