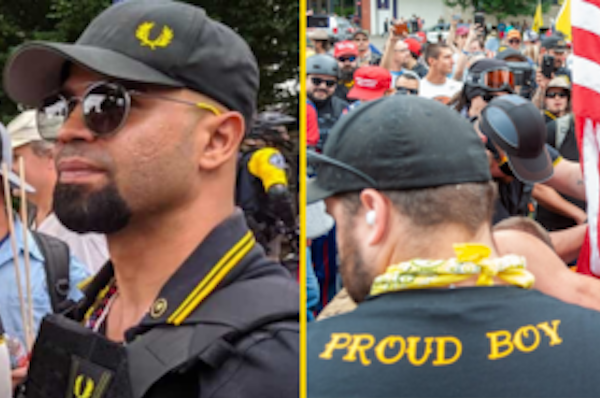 Far-right group The Proud Boys is reportedly so broke that they have resorted to selling Black Lives Matter t-shirts to make money, according to a report from The Wall Street Journal.

The organization has been “bleeding money since January, like hemorrhaging money,” because of their involvement in the Capitol riots and political tensions, their chairman Enrique Tarrio said.

Proud Boys membership numbers are down, their merchandise sales are down, and many payment companies, including PayPal, have refused to work with them. They have also been banned from many social platforms.

There is an insane amount of irony in this news that they are profiting off of BLM slogan, because Tarrio was arrested earlier this year for burning a Black Lives Matter flag that was stolen from a historically Black church.

Clique, what do you think of this news?