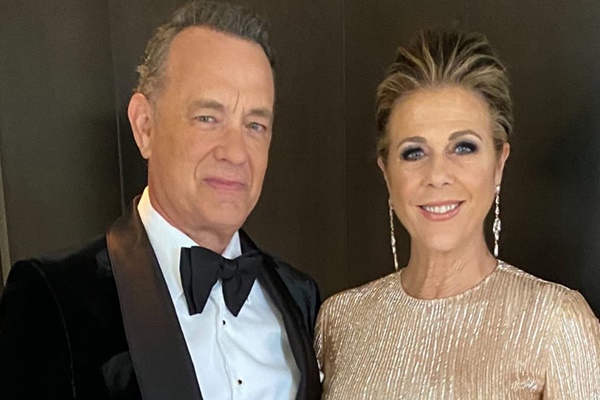 All week, we have been hearing that the NBA will play their games without any fans because of the Coronavirus, and tonight they have postponed the season indefinitely.

The NBA is suspending game play following the conclusion of tonight’s schedule of games until further notice. The NBA will use this hiatus to determine next steps for moving forward in regard to the coronavirus pandemic.

Also testing positive for the virus is Tom Hanks and his wife, Rita Wilson. The Oscar-winning actor broke the news on Instagram today from Australia.

“Hello, folks. Rita and I are down here in Australia. We felt a bit tired, like we had colds, and some body aches. Rita had some chills that came and went. Slight fevers too. To play things right, as is needed in the world right now, we were tested for the Coronavirus, and were found to be positive.

Well, now. What to do next? The Medical Officials have protocols that must be followed. We Hanks’ will be tested, observed, and isolated for as long as public health and safety requires. Not much more to it than a one-day-at-a-time approach, no? “

Also affected by the Coronavirus is The CW’s Riverdale. The Hollywood Reporter reports that production has been halted on the show because of a crew member testing positive.

Teens love Riverdale, but they are not going to be happy to hear that Nickelodeon is postponing their Kids Choice Awards. They were scheduled to take place on March 22nd in LA.

While that show is not going on, several others are but without an audience. Jeopardy, Wheel of Fortune, The Ellen Show, Live with Kelly and Ryan, Today, The Tonight Show starring Jimmy Fallon, Late Night with Seth Meyers, The Late Show with Stephen Colbert, The Daily Show with Trevor Noah, and Watch What Happens Live with Andy Cohen will go on without anyone watching them.

It will be amazing to see how all those shows will handle that. What is not amazing, The Amazing Race and Survivor have both suspended production of their upcoming seasons.