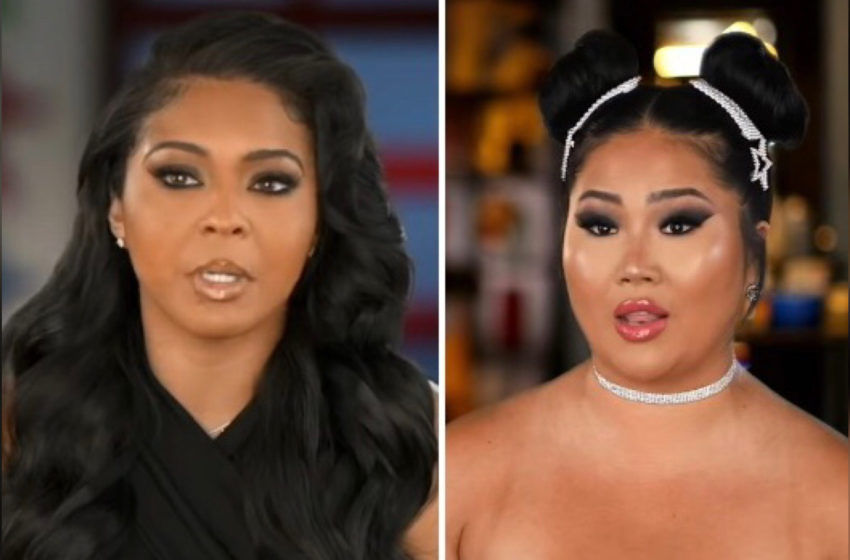 Miss Kitty seems to be at odds with majority of her former castmates on ‘Black Ink Crew: New York” and now her former best friend Young Bae has been added to the list.

The initial fallout started last season with her Tati after she spread a vicious rumor that Kitty had slept with Ryan Henry from “Black Ink Crew: Chicago.’ All the girls ganged up on Kitty agreeing with Tati that Kitty should’ve never got involved with Henry.

Bae and Kitty reached the point of no return In the midseason preview when it was shown they got in a fight. Bae even went so far to hit Kitty in the face with her purse and yelled at her former bestie,

Fans of the show sounded off on social media to tell Kitty that Bae needs to catch her fade asap. One user tweeted,

“They keep forgetting KITTY from DC come get us sis ?we will f–k them bi***es up ?. I liked Bae until she did that s–t to Kit so f–k you Bae with your f**e ass.”

“Kit better beat Bae’s a**! @youngisblessed why the f–k didn’t you punch your father out.”

Do you think Kitty needs another round with Bae or should she just let it go at this point?