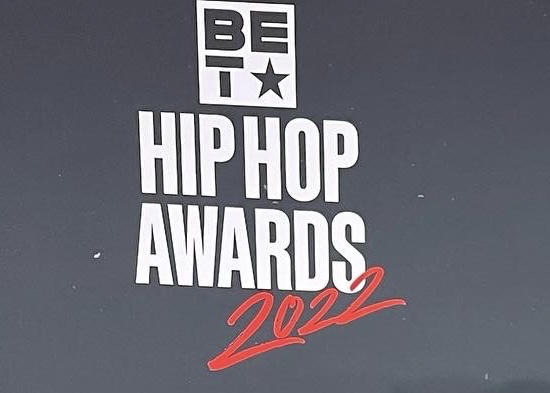 The 2022 BET Hip Hop Awards red carpet flowed gracefully as some of the world’s favorite celebrities and influencers entered the room. Appearances consisted of Remy Ma, Fivio Foreign, Glorilla, Lil Kim, Spice, Trina, Dream Doll, New York’s new breakout artist, Ice Spice, and many more. Most talent who graced the red carpet were dressed to the nine flaunting their personal style while showcasing their personality as they spoke with a variety of media outlets. The awards ceremony preceded the red carpet, which was hosted by New York’s very own, Fat Joe. The Bronx native previously revealed on Instagram live that it’s been a dream of his to host the BET Hip Hop awards.

The iconic awards ceremony continued to acknowledge legendary artists within the hip hop industry as Trina was given her flowers and named the 2022 recipient of the I Am Hip Hop Award for her success within an industry that she’s dominated for over 20 years.

“As a legend with over 20 years in the music industry, consistency and unity have contributed to my Rockstarr power as a femcee. I believe when one woman wins, whether it’s in front of the camera or behind the scenes, we all WIN. Let’s keep winning!,”

“I’m super excited to be here to see Trina get her flowers. I feel like it’s long overdue, it’s well deserved. Trina has created such a high barrier, she has been in the business for so many years,”

said the Queen of Dancehall, Spice.

Overall, guests were amped for the entire experience the BET Hip Hop awards offered. Rapper N.O.R.E revealed to Onsite that he was excited to perform, mentioning that he hasn’t performed at an awards show in 15 years.

Armani White kicked off the show with a lively performance of his hit song Billie Eilish, bringing out rap legend and Drink Champs’ N.O.R.E to the stage. The BET hip hop awards stage also featured Kodak Black, King Combs, Fivio Foreign, and more. Joey Bada$$ performed his song Head High which he dedicated to Young Dolph and the many other rappers who have gone too soon at the hands of gun violence. The Love Is Only A Feeling rapper paid tribute to Dolph in a short film that displayed highlights of the young rapper’s life with white roses that filled the stage.

A big victory occurred for Glorilla as she took home the award for the best breakthrough hip hop artist. The FNF rapper took the stage to thank God, her team, and Yo Gotti for contributing to her success.

BET presented a rap battle between battle rap legends DNA and K Shine hosted by URL’s Smack. The two went head-to-head, in the end allowing the audience to decide the winner with DNA leaving with the championship title and a $25,000 prize.

Remy Ma presented Trina with the I Am Hip Hop Award. The ­­­­­­­­­Look Back At Me rapper emotionally accepted her triumph thanking BET for giving her her flowers while she can still smell them. DJ Drama won the DJ of the year award and Drink Champs tied with Caresha Please for Best Hip Hop platform. Loud Records went on to close the show with star-studded performances from Lil Kim, Three 6 Mafia, Fat Joe, Remy Ma, and the list continues as the performers shut down the stage with their most legendary hits.