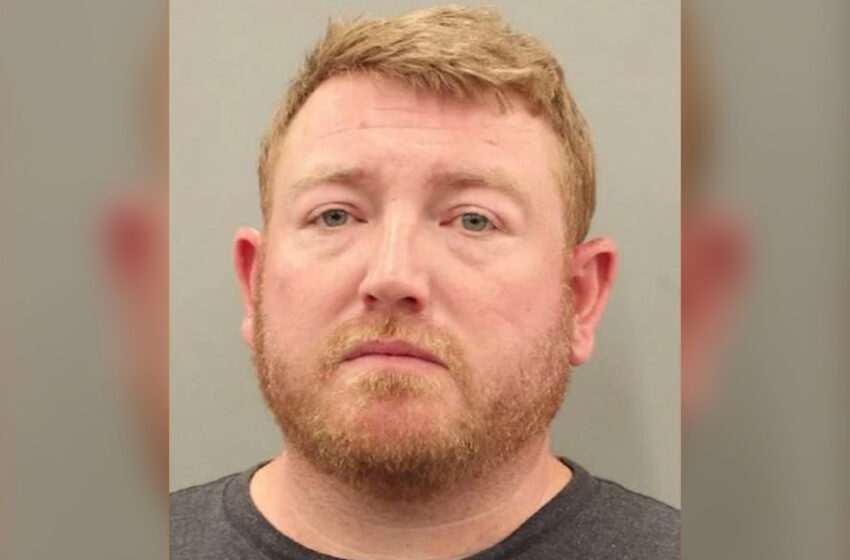 In February of 2022, Mike Herring, a Texas lawyer, received news that he was going to be a father from his estranged wife. The two had recently separated after 11 years of marriage. The 38-year-old responded by telling her that he had no interest in parenting, but she had already decided to keep the baby.

In March, he surprised her at their Houston home, where he was no longer living. He brought her breakfast, stressed the importance of her staying hydrated, and then handed her a glass of water. “She noticed the water appeared to be cloudy,” court documents read. “She questioned the defendant about this. He stated perhaps the cup was dirty or the pipes were dirty.”

Half an hour after drinking the water, she felt extremely sick and went to the emergency room of a nearby hospital. According to Global News, doctors couldn’t find the source of her symptoms. She then became suspicious of her husband, and hid cameras throughout the house.

Within a month, Mike Herring brought her drinks six times. She didn’t drink them, and saved them as evidence. Eventually, camera footage caught him taking a bag of powder from his bag and putting the unknown substance into her drinks.

“She observed the defendant clean out his truck and take the trash out to the curb,” the court documents said. “She stated this was out of character for the defendant, as he does not do chores around the house. When the defendant left, the complainant went to the trash can to see what was inside.”

She then discovered a Mexican drug called Cyrex, which includes misoprostol, a medication used for abortions. She immediately notified police. She continued with the pregnancy on her own and gave birth to a healthy baby, despite them being a few weeks premature.

Mike Herring has been charged with assault-force induction of an abortion and assault of a pregnant person. He was released on a $30,000 bail and is scheduled to be in court December 2nd.