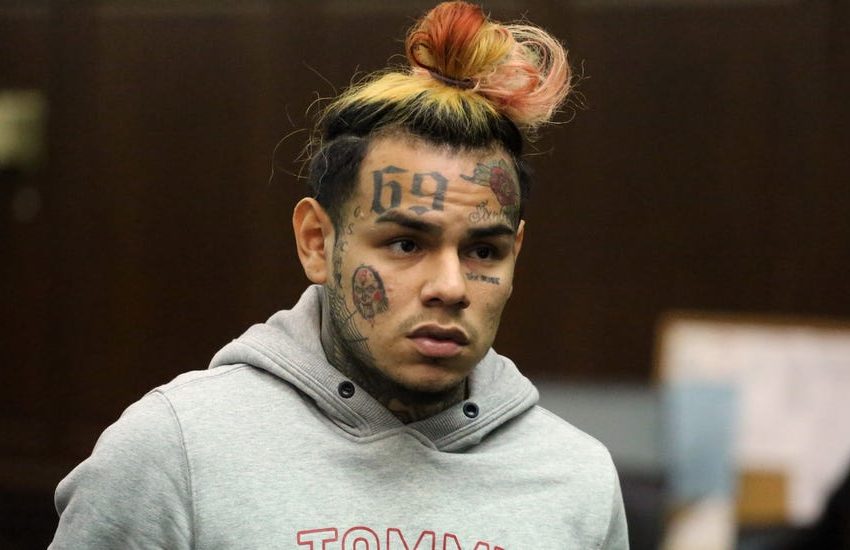 Tekashi 6ix9ine dodged an originally 47-year sentence and will be home in August after a spokesperson from the Bureau of Prisons confirms released date.

Tekashi’s lawyer had it right! Back in December, Lawyer Lance Lazzaro predicted that Tekashi will complete his 24-month sentence prison sentence by the end of July 2020. The official release date is August 2nd, 2020 which is just a few days off.

“The reason why he’s getting released early is because he’s the perfect model prisoner,” said another member of Tekashi’s legal team.

6ix9ine was sentenced back in December of 2019 to 47-years to life after being arrested on crimes relating to his time as a member of the Nine Trey Bloods. He became a very cooperative witness and testified against other members of the Nine Trey Bloods which got his sentence reduced to 24 months. He has already served 13 months and will be a free man in August totally 19 months.

Two defendants that Tekashi testified against, Kintea “Kooda B” McKenzie and 6ix9ine’s kidnapper Anthony “Harv” Ellison, have yet to be sentenced. Both are scheduled to appear before Judge Paul Engelmayer on April 1.

Y’all think Tekashi will have a music career after being released?