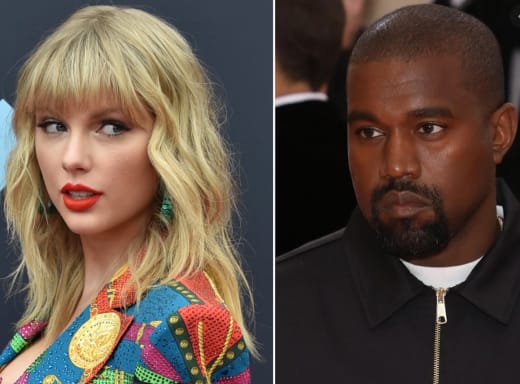 Taylor Swift fans are celebrating now that the official transcript and footage of her long-discussed phone call with Kanye West has leaked.

The call was regarding the lyrics of Kanye’ 2016 hit “Famous,” where he claimed he told Taylor about his controversial lyrics about her, but now the footage shows Kanye did not.

For years now, Taylor has been accused of lying on Kanye West. But, now that the leaked footage proves Taylor’s innocence, the Swifties are going off and Taylor is here for it.

Taylor took to her Tumblr (yea people still use Tumblr) to press the “like” button on a few of her fan’s shady celebratory post about the leaked call.

Clique, are y’all #TeamTaylor or #TeamKanye on this? Swipe left below for the posts.