Vado Apologizes For Snatching Up Tahiry: “The Devil Was Holding

Could all be forgiven between Tahiry and Vado? It sure may seem like it from a clip of the new episode for tonight of “Marriage Boot Camp.” Since the incident with Vado choking Tahiry, he was removed from the house but on tonight’s episode he has returned and gives a public apology to his boo. […]Read More 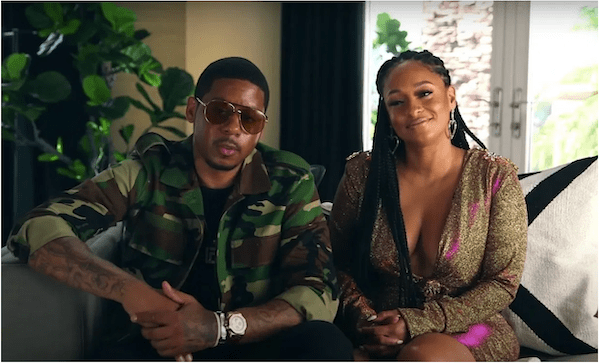 At this point, even if you’re not a fan of “Marriage Boot Camp,” everyone has seen the clip of the last episode–during which Vado snatched up Tahiry. Well now, season 3 vets of the show are weighing in on the situation. Tami Roman and her husband Reggie Youngblood talk about the incident on “The Bonnet […]Read More

Fans React To Vado Snatching Up Tahiry On “Marriage Bootcamp

Things immediately escalate between Tahiry and Vado on the new episode of “Marriage Boot Camp,” as a clip shows Vado physically putting his hands on her. The couple has been struggling throughout the show with many issues, but I don’t think anyone saw this coming. It looks like Tahiry snaps and throws an apple at […]Read More

Tahiry Called A “Thirst Bucket’ By Her Man Vado, On

“Love and HipHop: New York”, veteran Tahiry Jose joins the new season of “Marriage Boot Camp” with her boo Vado, and it gets heated right from the jump. On the season 17 premiere, Tahiry and Vado address some of the problems they are having. According to Vado, it’s hard for them to establish anything other […]Read More