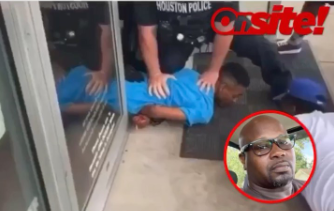 Black Man De-Escalates Arrest of Black Suspect Being Detained by

A video of a Houston man de-escalating a situation between a Black man and police officers is making waves online. Witnesses watched as police moved in on a suspected drug user and potential weapon holder at a gas station, ABC 13 reports. After police took the suspect to the ground and began using force in […]Read More