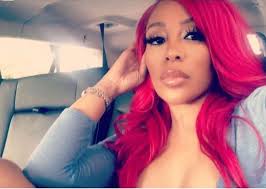 Stylist Holly Larry took to Twitter to share his frustrations with K. Michelle, alleging she nearly assaulted him with a vase during a music video shoot, publicly “humiliated” him on set, and hasn’t paid him for his services. All the drama started when Larry responded to a tweet about visuals for K’s track “Supahood.” Co-signing […]Read More