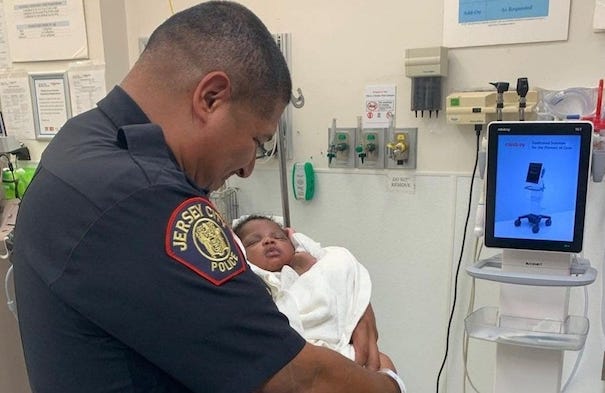 Jersey City officials are praising police for catching a 1-month-old tossed off a second-floor balcony by an enraged man, CNN reported. An unidentified man was apparently irate, saying he was going to throw the baby. Cops were called to try to talk him down, but he did drop the baby, who was thankfully caught by […]Read More